WhatsApp has just rolled out the latest beta of its iOS app through the TestFlight Beta Program, bringing the version up to 2.19.80.16. As noted by WABetaInfo, a bunch of new features and changes can be found in the latest release, including a new Quick Media Edit feature that allows users to quickly annotate media files before forwarding them.

Another new feature introduced in the latest WhatsApp beta is called ‘Pinned Alerts.’ WhatsApp will now notify users when there are having issues downloading messages using a pinned alert in their chats, suggesting them to update the app (see below). 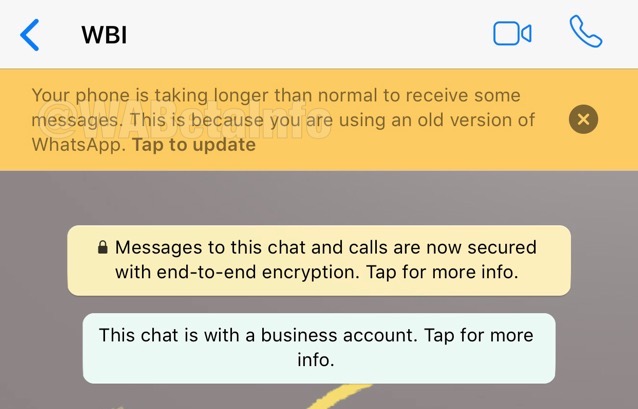 Furthermore, the new update removes the ability to save WhatsApp profile pictures in the app, something that has been removed from the Android app already.

Separately, the source is claiming that WhatsApp is working on a multi-platform system that will allow users to run the same account across multiple platforms simultaneously. This means that users will be able to use their WhatsApp account on an iPad without uninstalling it from their iPhone.

A public rollout of the new features is expected in the next few weeks.