WhatsApp to Soon Allow Users to Create Polls in Groups

As reported by the folks over at WABetaInfo, the latest beta release of the app submitted through the TestFlight beta Program includes a feature that allows users to create polls right within their WhatsApp groups. 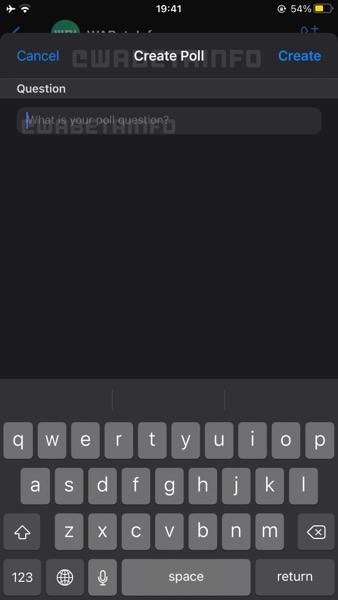 The update, which brings the version up to 22.6.0.70, offers WhatsApp users an option to enter the question of the poll to send in a group.

Since the feature is under development, there aren’t other details right now, but the above screenshot is a confirmation that WhatsApp is indeed planning to roll out the polls feature in a future update.

“Thanks to polls, you can ask for a question and other people can vote the answer. Note that polls will only be available in WhatsApp groups and they are end-to-end encrypted… even your answers! So only people in the group can see the poll and the results.”

This feature is currently under development and should be available in an upcoming update on WhatsApp for iOS, Android, Web, and Desktop.