As spotted by WABetaInfo, a new disappearing messages feature has popped up in the latest WhatsApp for Android beta version 2.19.275. The feature is currently only available in group chats and can be used to self-destruct a message in five seconds or an hour. 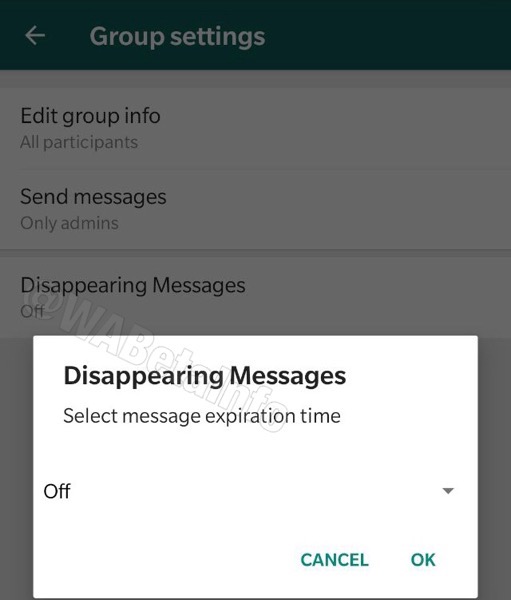 The source notes that once a WhatsApp chat is marked as a Disappearing Message, it removes all messages automatically after a certain interval. At the moment, users can’t select individual messages to disappear, meaning  either they all vanish or none of them do. 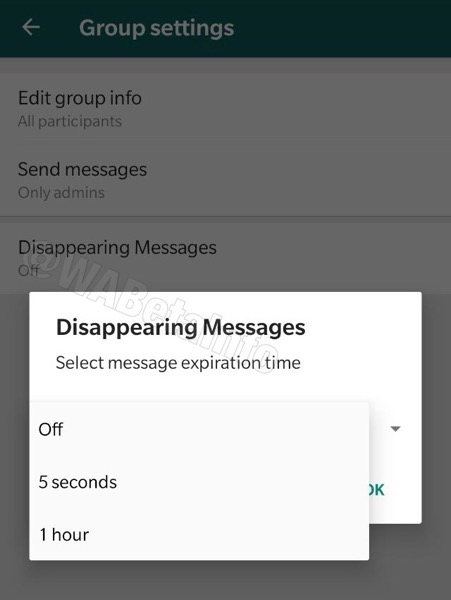 “After enabling this option, any message will be automatically removed and there will be no tracks available in the chat about deleted messages.

The feature is in an alpha-stage of development: it means that WhatsApp is just starting to work on it, and no ETA is available to know when the feature will be available for everyone.”

While the feature isn’t available yet for all WhatsApp users, the self-destructing messages could be useful for anyone sending sensitive info. Telegram launched with the ability to send disappearing messages, which proved to be quite popular.