You Can Now Share GIFs and Live Photos on WhatsApp

WhatsApp for iOS has today been updated to version 2.16.16, which brings support for sending and receiving animated GIFs, as well as Live Photos and short videos. The update also lets you search for animated GIFs right from within the app. Simply tap Attach to access your Photo/Video Library, and tap on the GIF search button on the bottom left to get started. 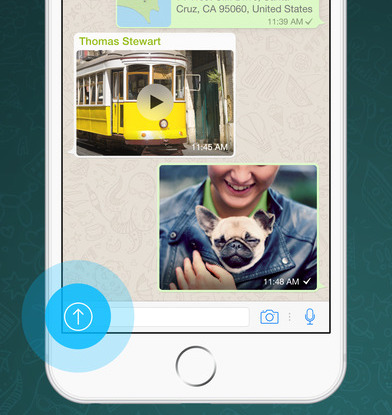 You can not only share animated GIFs in your Photo Library, but can also send Live Photos as animated GIFs. Just 3D Touch any live photo from Attach > Photo/Video Library, and choose “Select as GIF”. For videos that are 6 seconds or shorter, you can now send them as animated GIFs using the same method.

To optimize Chrome for your device’s battery and system memory, Google is introducing two new performance settings so Chrome uses up to 30% less memory and extends your battery when running low. To offer its users an improved browsing experience, Google is rolling out new Memory Saver and Energy Saver modes over the next several...
Usman Qureshi
6 mins ago

Following the release of iOS 16.2, Apple has limited the “Everyone” option in AirDrop to 10 minutes on iPhones for everyone, after which the receiving setting automatically reverts back to “Contacts Only” (via TechCrunch). Last month, Apple rolled out this restriction after applying the iOS 16.1.1 update exclusively in China, noting that the feature improves...
Usman Qureshi
33 mins ago