In an effort to make it easier for people to join ongoing group calls with family and friends, WhatsApp has just introduced a new Joinable calls feature, which allows users to hop on to a group call even if the call has already started. 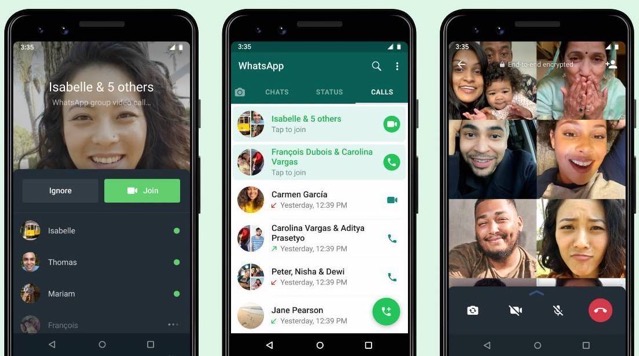 The feature also allows group callers to leave and rejoin the call as long as it’s still going. The new feature also introduces a new call info screen which lets users see who is on the call, along with invited users who haven’t joined yet.

“Joinable calls reduce the burden of answering a group call as it starts, and brings the spontaneity and ease of in-person conversations to group calling on WhatsApp,” notes the company.

NO MORE FOMO. You won’t miss a group call because you didn’t get to the phone fast enough anymore! With Joinable calls on WhatsApp you can join an ongoing call at any time! pic.twitter.com/UXcF18THu4

The new Joinable calls feature will be rolled out with a new WhatsApp update which should hit iOS and Android devices very soon.