According to a report by WABetaInfo, WhatsApp is working on enabling two-step verification for desktop users to prevent any unauthorised account access, especially to protect users who’ve been targeted by the SIM swap scam. 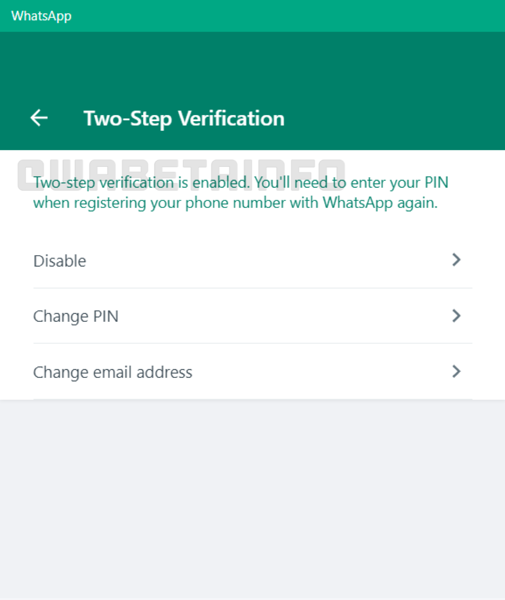 WhatsApp users have the option to enable or disable two-step verification for their accounts, change the PIN, or update the email address associated with the verification via the app’s settings.

In the near future, WhatsApp users will be able to access the app from the desktop or the web without the need of the phone nearby, or even turned on. With that in mind, adding two-step verification will help users have extra protection.

“WhatsApp wants to make it easier to manage two-step verification everywhere, so they are working on introducing the feature on the web/desktop client in a future update.

(…) It will be possible to enable or disable the two-step verification on the web/desktop client. This is very important especially when you lose your phone and you do not remember your PIN.”

This feature is currently under development and will likely be rolled out in a future WhatsApp update.