According to a new post by Macerkopf.de showing what it claims to be the leaked images of an upcoming build of WhatsApp for iOS, the popular multi-platform messaging app is expected to get the ability to send or receive video calls directly via WiFi or cellular services very soon. The source notes that the screenshots have been taken from WhatsApp version number 2.12.16.2, while the currently available version on the App Store is 2.12.12. 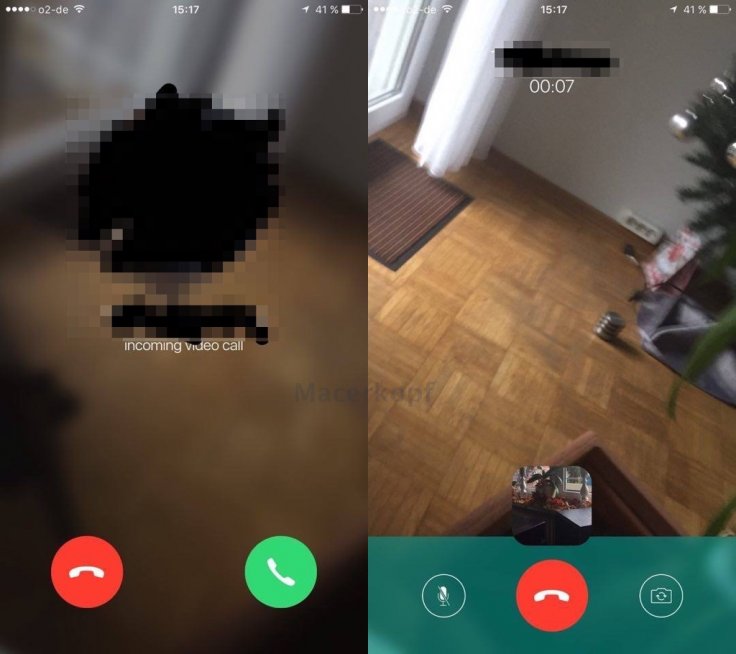 The report adds that during a WhatsApp video call, users can move around or reposition the preview window on the iPhone’s screen. Furthermore, users also have access to standard controls such as flipping between the front and rear camera or muting the microphone.

In addition to the video calling feature, the forthcoming WhatsApp update is also expected to bring multiple messaging tabs that enable dynamic switching between your favourite chats, similar to other popular messaging platforms such as Skype and Viber etc.