In a blog post published earlier today, WhatsApp announced that it will now be labelling forwarded messages in an attempt to help stop the spread of misinformation. 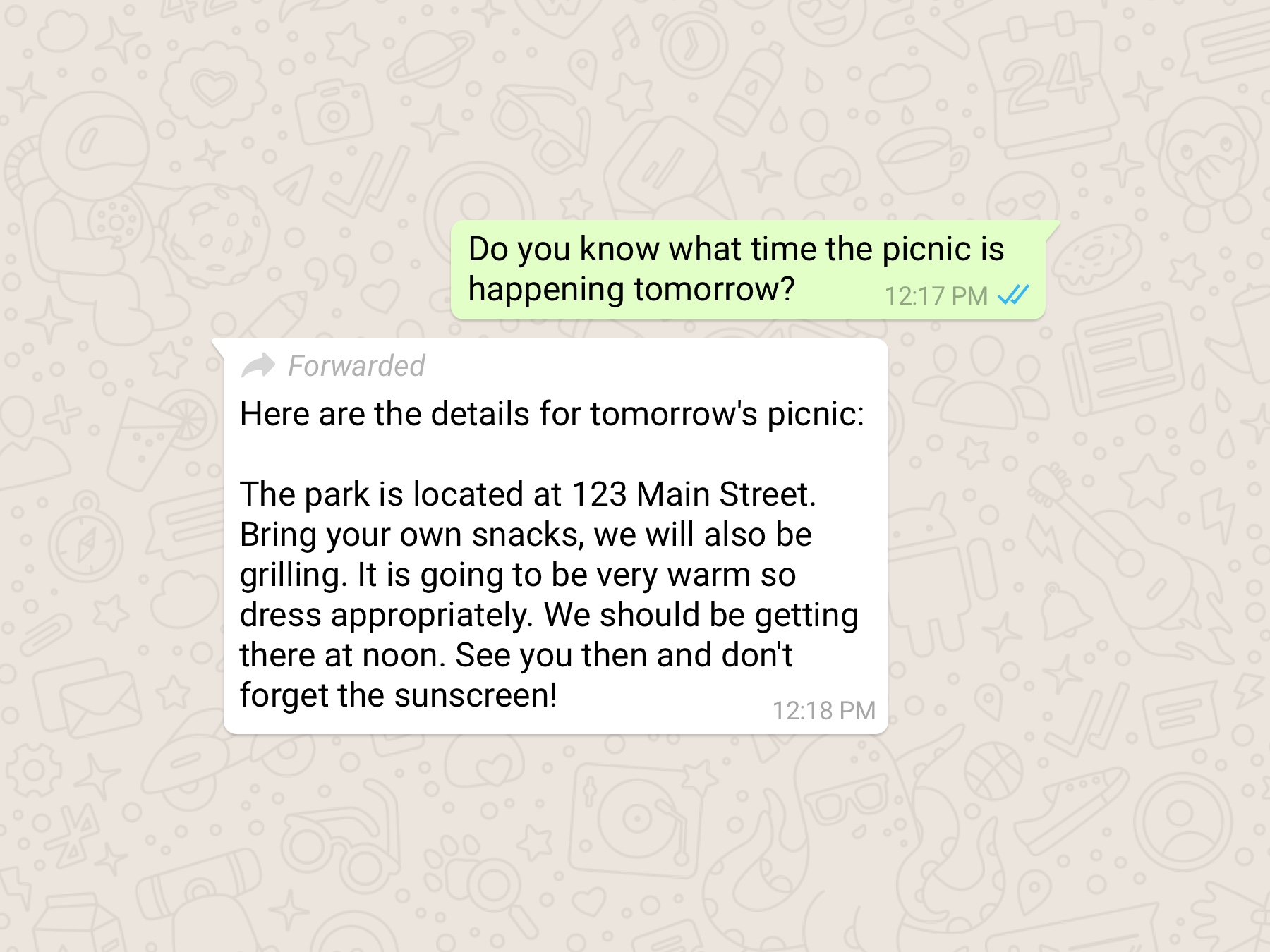 The new label will indicate when a message has been forward to someone from another user. In the blog post, the company said:

“This extra context will help make one-on-one and group chats easier to follow. It also helps you determine if your friend or relative wrote the message they sent or if it originally came from someone else.”

WhatsApp has been beta testing this feature for a while in India, the company’s largest market, and Brazil. In India, rumours of child trafficking spread using the app has been linked to roughly a dozen deaths since May.

The update is the latest move by the company to address its fake news problem. In the past, WhatsApp has offered cash rewards for researchers studying misinformation spread through the app and using fact-checking organizations to fight fake news that propagated throughout the app.