Earlier today AllThingsD broke the news Apple’s iPhone 5 media event is set to take place on October 4th. If the announcement happens that day, how many days until the actual launch? Fortune has covered the ‘days to launch’ for iPhone and iPad wait times in the US, starting from Apple announcements: 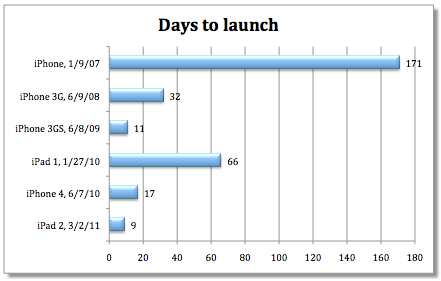 If we take this one step further and apply the ‘days to launch’ for Canada, we get the following numbers: 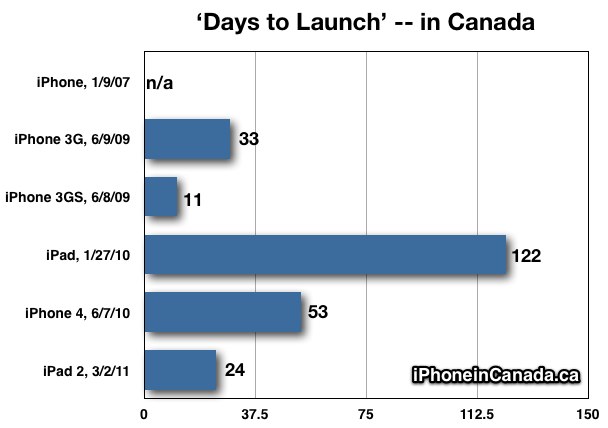 Canada has historically had longer wait times as we have been included in ‘International’ rollouts, rather than joining the group of initial launch countries. From the data above, it appears this time around Canadians can hope for the iPhone 5 to launch in fewer than 24 days, if we refer to the iPad 2 wait times.

Yesterday, comScore stats revealed the iPhone has emerged as the most dominate cellphone in Canada. If we take a look at the numbers of iPhones, the following chart (thanks @i0livier) indicates there are approximately 2,212,210 iPhones in Canada: 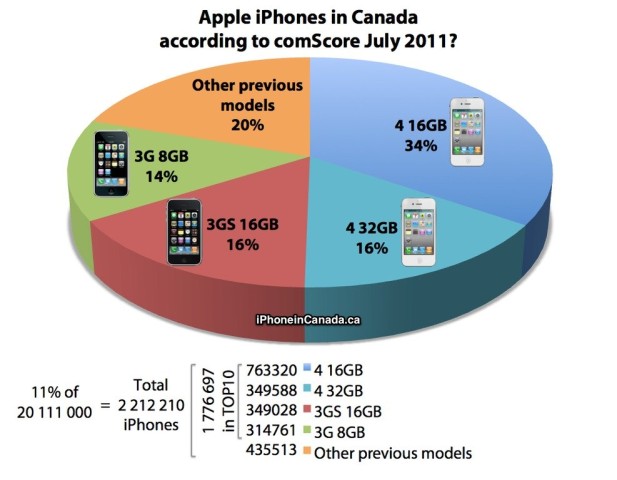 The iPhone 4 leads the way with 763,320 units sold, based on July 2011 data. Is the Canadian iPhone market a force to be reckoned with yet, Apple? Clearly, the numbers have shown we love the iPhone. So it only makes sense for Canada to be included in the initial batch of launch countries, don’t you agree?