The Wall Street Journal is reporting that Samsung / LG smartphones are being tested by the White House’s internal technology team, threatening one of the last high-profile strongholds of BlackBerry. While the devices are currently being tested for internal use, the source notes that any implementation of Samsung or LG devices in the White House is still “months away.” 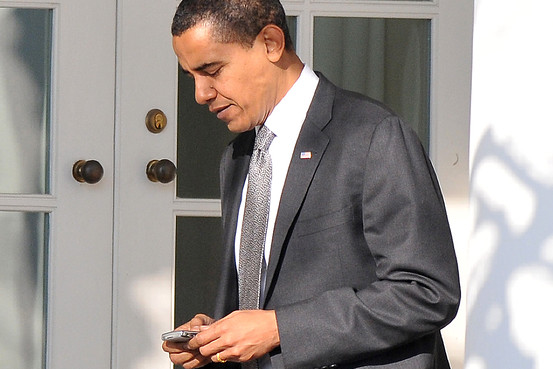 A Defense Department spokesman, who declined to comment on the devices in the pilot test or in use at the White House, confirmed that the White House Communications Agency is indeed piloting and using a variety of mobile devices. A Samsung spokesperson, who also did not comment whether his company’s phones were being tested at the White House or not, stated, “We have seen strong interest from the government sector and are working closely with various agencies to deploy pilot programs”. Meanwhile, an LG spokesman said the company wasn’t aware of such testing.

“For more than a decade, BlackBerry has been securing the U.S. government’s mobile communications and only BlackBerry is designed to meet the high-security needs of U.S. and allied government agencies,” a BlackBerry spokeswoman said.

Apple for the past few years has been chipping away at BlackBerry’s once-dominant position in the government sector, however, and Samsung has invested heavily to win more government customers. BlackBerry’s proprietary network is widely considered the most secure among smartphone makers. But phones running on Google’s Android operating system have worked to bolster their security, largely by working with third-party software companies.

A source familiar with the matter also notes that Apple’s iPhone isn’t part of the White House testing program.