After the recent update to Apple’s ‘store’ app, the app was left relatively the same. However, one subtle change was made to the product reservation system for US-based Apple Retail Stores.

In the USA, Apple shoppers can make product reservations online to pick up an item in store. After the recent app update, shoppers seem to be able to reserve a white iPhone 4 in 16GB or 32GB capacities!

When users select a USA-based Apple Store, tap on â€œReservationsâ€ and then tap on â€œReserve Productâ€, the app reveals an option to select the white iPhone 4 in either 16GB or 32GB configurations. The stated price is with a 2-year agreement with AT&T. 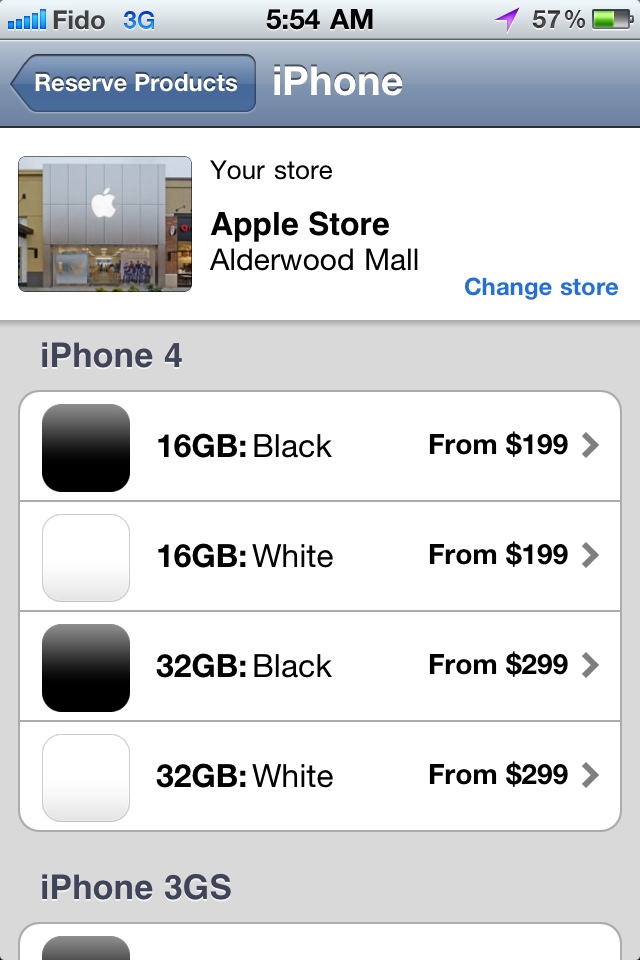