The unicorn of iPhone 4 devices was recently spotted on the Toronto subway system.

While not being officially released, but rumored to be released soon, the white iPhone 4 seems to be making its rounds in Toronto as seen in the photos below.

In late 2010, Apple stated that they were going to delay the white iPhone 4 until Spring 2011. As Spring 2011 approaches, the device has been spotted in various wireless carrier inventory systems, prompting many to think that the device release was imminent. However these are likely just placeholders for if/when the device is launched.

So is this Toronto white iPhone 4 the real deal? Unlikely. Is it a mod? Probably. 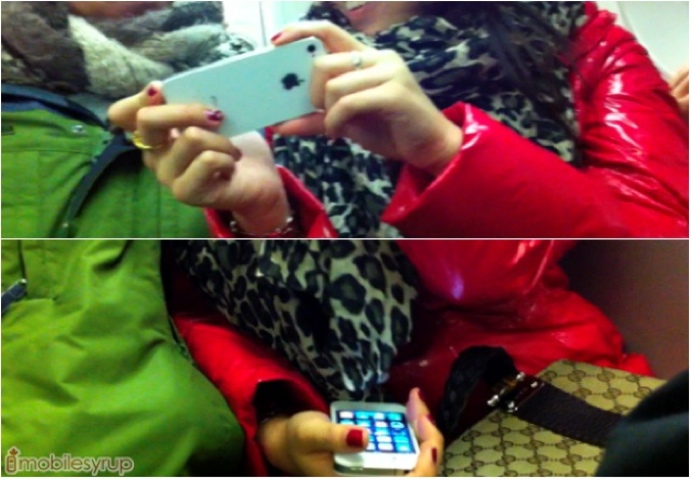