“Who Was Steve Jobs?” Book Is Available For Sale

A new children’s paperback book, “Who Is Steve Jobs?”, is available for sale at Amazon and Chapters for $5.99.

This is quite amazing because according to the publisher details, the paperback was released in April 2012 and no one heard of it!

The authors are Pam Pollack and Meg Belviso, with illustrations done by John O’Brien and Nancy Harrison. The book is 112 pages and as you may have guessed focuses on the life of Steve Jobs.

You can take a look at some sample pages at Amazon. 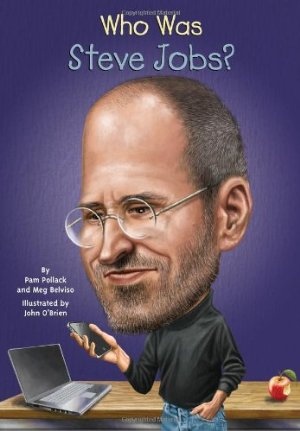 The Roku Channel has shared its list of free movies and TV shows hitting the ad-powered streaming service in Canada for October 2022. Check out the full list below Movies The Death and Life of John F Donovan The Intruders Mama Rhymes for Young Ghouls Wolves The Woman In Black Alaskan Nets The Delinquent Season […]
Gary Ng
46 mins ago