One of the most common complaints about the iPhone OS is that Adobe’s Flash is not supported. Without Flash, you are unable watch video content on popular news sites, as it is the dominant plugin on the web. However, Flash has its shortcomings: resource-heavy (memory leaks, plugin crashes, etc), security (malware), and thirst for power consumption. It paved the path in the beginning but now it’s time to move away from Adobe’s outdated technology.

Why Is Adobe Flash Not On the iPhone?

Remember when Adobe was supposedly planning Flash for the iPhone? Whatever happened to that? Here is some possible inside according toÂ Adobe UI Gripes, via aÂ reddit thread from November of 2009:

About six months ago, a friend who was working closely along side adobeâ€™s flash application development team told me that they received a prototype of Flash for iPhone. The prototype allowed the iPhone to have less than half an hour of battery life using flash. They then sent the prototype to apple and suggested incorporating this prototype iPhone flash into the iPhone OS in the next update.

Apparently apple sent this letter back thanking them for being interested in developing a working version of flash for the iphone but because the prototype is so processor intensive, and awful for battery life, they would not include it with their OS because it is just not good enough. They suggested using the gpu instead of the processor to render flash. Then they suggested building a seperate app for flash and web browsing because there was no way apple could endorse flash integration on the iphone in its current state.

Adobe apparently didnâ€™t want to release the app under their name either and it never showed up in the app store.

A long story in short: Adobe sucks at programming, then apple told them they sucked at programming. If they want to release that shit under the name adobe so be it, but it sure isnâ€™t going to be endorsed by Apple.

That was the last they saw of that prototype.

Can HTML5 Be the Future of Video on the Web?

HTML5 is becoming the new web standard and evidence of this is YouTube’s HTML5 Beta page. You can sign up and watch YouTube without the need for Flash. It runs great and you can’t even tell the difference that Flash isn’t being used.

But what about Flash? The web is immersed in Flash, right? Without Flash, you’re missing out on videos, games, and ads. Is that a bad thing? HTML5 currently is only supported by Safari and Chrome browsers. Apple has mentioned that the number one reason for crashes in Safari is related to Flash. It’s time to consider other ways to view multimedia on our computers and smartphones–HTML5 is the answer.

I stumbled upon the SublimeVideo HTML5 Video Player via Robert Scoble’s blog in the comments. This is an amazing example of HTML5’s capabilities. Currently it’s only supported in Safari and Chrome. You can view it right on your iPhone by clicking here. 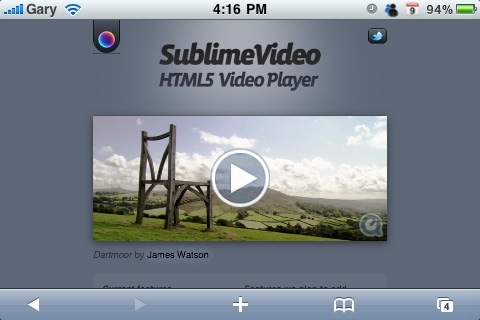 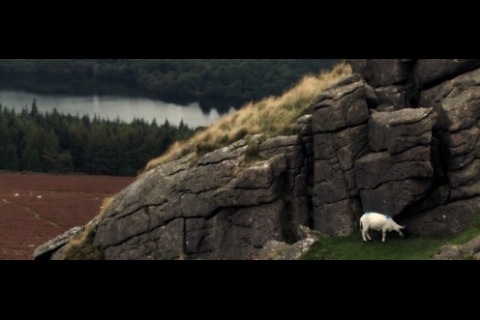 The quality is stunning and immediately you can debate about whether or not Flash needs to be on the iPhone. As more developers adopt the HTML5 standard, the importance of Flash will be diminished.

With that being said, do you still care about Flash on the iPhone?