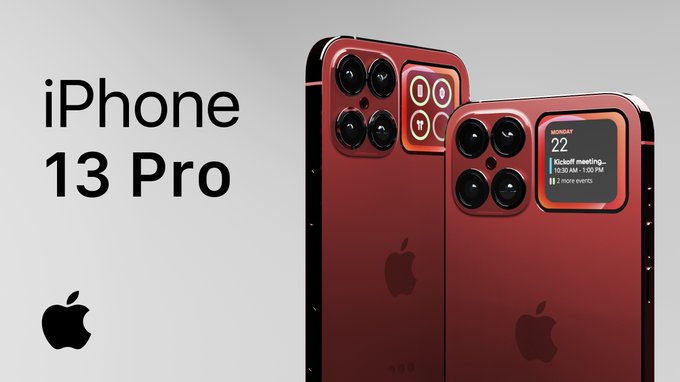 A new video from YouTube channel ConceptsiPhone tries to take the imaginary ‘iPhone 13 Pro’ to another level.

The wild two-minute video shows off some eye candy, from what designer Max Burgos dreams would be the ‘iPhone 13 Pro’ and ‘iPhone 13 Pro Max’.

Both phones include a notch-less display, quad cameras on the rear, plus a second smaller display on the back to show the time, date and notifications. This new ‘iPhone 13 Pro’ can also record video in 5K, ditches the Lightning port, plus brings back Touch ID–but now built into the front display.

While all the new features sound nice, 2021 iPhones sound like they will be an “S” upgrade year, meaning minimal upgrades and not a major overhaul. For the ones that upgrade annually, get your wallets ready.