Will ‘iPhone 4S’ Be The Only New iPhone Launching Next Month & No iPhone 5?

Majority of rumors until now have hinted at two new devices that will be announced  at Apple Medial Event which is expected to be held on October 4th i.e an upgraded iPhone 4S and a completely re-designed iPhone 5. However, according to a recent report by BGR, a new research note from analyst Brian Blair claims that Apple will be introducing only one new iPhone model, the so-called “iPhone 4S” at next month’s media event. 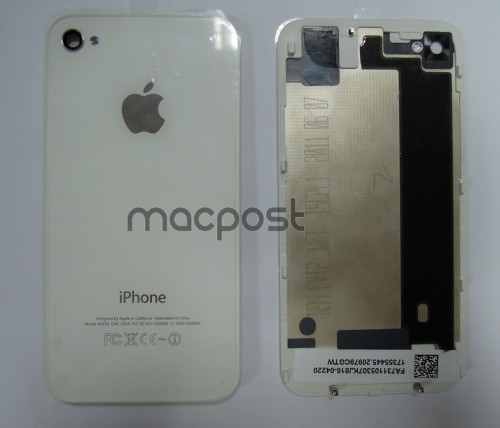 As suggested by the many existing rumors, iPhone 4S will be identical in appearance to current iPhone 4 with only difference in the new model being an 8 Megapixel camera, an A5 dual-core Processor and perhaps a re-designed antenna.

According to the Wedge Partners analyst:

“We expect the focus of the new iPhone will be iOS 5, a speedier A5 processor and a higher resolution 8 MP camera with a small possibility of a larger 4 inch screen. We believe the casing will be largely similar to the iPhone with some particular modifications to the antennae. We don’t expect a second, dramatically different iPhone to accompany this as we don’t think Apple needs to have 3 models in the market to address the high end, mid-tier and low end since the iPhone 4 (with memory lowered to 8 GB) will drop to $99 and effectively attack those markets.”

Well that pretty much explains the total lack of “leaked parts” for a redesigned iPhone 5 which has already led many analysts to believe that there is no such device scheduled for launch this fall. That said, it is possible that iPhone 4S, or whatever Apple decides to call it, could be the only next-generation iPhone model we get next month. What do you think?

After iOS 16.1 beta users discovered Adaptive Transparency enabled for the original AirPods Pro and AirPods Max, we’re now finding out this is actually a “bug”. That’s according to what Bloomberg’s Mark Gurman shared on Monday morning, citing the MacRumors report. “I’m told this is a bug,” said Gurman in his retweet. He later clarified the […]
Gary Ng
37 mins ago