Will Samsung Galaxy S Sales Eventually Close In On the iPhone?

Samsung Electronics announced that it has sold more than 100 million units of Samsung Galaxy S smartphones since the first model launched, three years ago. 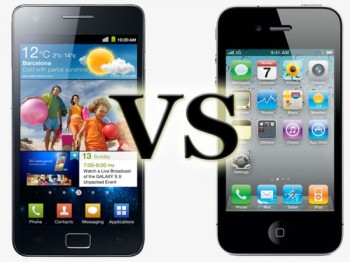 To break it down more specifically: 25 million of the first generation of the Galaxy S, 40 million of the second generation, and 41 million of the latest release, the Galaxy S III. The Galaxy S launched back in May 2010 to compete with Apple’s iPhone, but the company has rapidly narrowed the gap between the two tech giants. The latest forecast expects the South Korean manufacturer to end Nokia’s 14 years of reign in the phone market and Apple in smartphone sales.

Now, if we look at Apple, the sales numbers look like this: iPhone sales surpassed 270 million, iPod Touch sales 82 million and as Tim Cook recently announced they sold the 100 millionth iPad as well. That’s something Samsung needs to consider.

Apple’s sales numbers are based on its quarterly reports, but what we know so far is that since its launch the Cupertino company struggled to meet iPhone 5 demand. Until now, that is, according to the Wall Street Journal, which reported that Apple halved its order for iPhone 5 displays and other components.

Also, you may recall that for some reason Samsung was accused of blatantly copying Apple and the jury found some of the South Korean manufacturer’s mobile handsets infringing on Apple’s patents. While the $1 billion ruling shocked the tech world, it didn’t stop Samsung from spending an estimated $4 billion last year to promote its handsets.