Chinese hacker and member of popular tech forum bbs.feng.com has successfully installed Windows 98 onto his brand new iPhone 6 Plus. According to The Telegraph, the hack was acheived using iDOS, an emulator available on the App Store and originally developed for playing classic DOS (Disk Operating System) games on iOS devices. 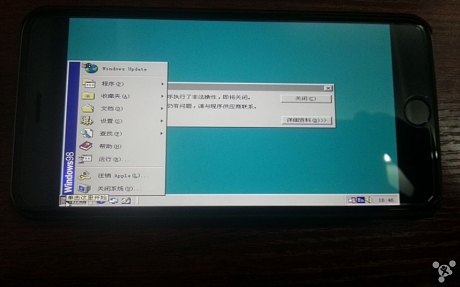 As you can see in the above screenshot, the user’s black iPhone 6 Plus is running Windows 98, complete with the familiar turquoise desktop and classy grey window frames. However, majority of screenshots shared by the hacker appear to be error messages, with touch input and a range of other factors making for a less than a great user experience. 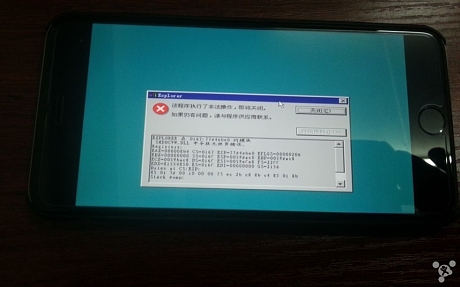 Meanhwhile, Phonearena has reported that a smartwatch owner has installed first generation Playstation games on his Android Wear device.

“Using a similar type of emulation software, the pioneering hacker has even posted hands on videos, with play just about possible on the smartwatch’s screen. Almost impossible to play, thanks to their small screens and touch operation, the uselessness of both pales into insignificance when compared to the case of a Cannon Pixma printer hacked to play Doom. Featuring no buttons and therefore impossible to operate, the FPS-capable printer was the result of an experiment by security expert Michael Jordon. Designed to show the increased safety risk associated with the internet of things, the installation of Doom demonstrated a now patched weakness in Canon’s printer security.”

The source has also found out that the user who installed Windows 98 is currently working on bringing a stable installation of Windows XP to iPhone. Could be exciting eh?