Microsoft Releases a Handful of MSN Apps for iOS and Android 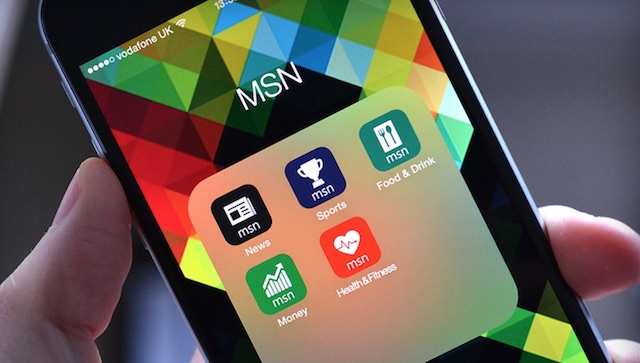 A handful of Microsoft’s Windows Phone exclusive apps, including MSN News, Food & Drink, Health & Fitness, Sports, and Weather are all making their way to iOS and Android today, with the Weather iOS app coming soon, The Verge reports. Furthermore, Microsoft will be releasing each app on Amazon’s App Store for Kindle Fire and Fire Phone owners.

“Microsoft’s Android and iOS focus is continuing today with the release of a number of MSN apps. All of the apps have been available on Windows and Windows Phone exclusively for months, originally as unique apps that were used to demonstrate the benefits of Microsoft’s own platform. News, Food & Drink, Health & Fitness, Sports, and Weather were all recently renamed to MSN as part of a revamp of the company’s MSN brand”.

It must be highlighted that Microsoft also seems to be taking advantage of Apple’s HealthKit integration with the Health & Fitness app, allowing iPhone users to track steps and activity using the app. The full suite of apps provides access to the latest news, recipe tips, exercise information, and sports results around the world.

You can download each MSN app for iOS at the following App Store link: