Danial Mercer from Winnipeg, who was ticketed last spring for going 49km/h in a 30km/h school zone, used Google Maps Street View pictures of the area where he got the photo radar ticket, and succeeded in having his traffic violation thrown out of court, CBC News is reporting. A photo enforcement vehicle had snapped a photo of Mercer as he was driving through the school zone on Harrow Street just north of Warsaw Avenue on April 6, 2015. 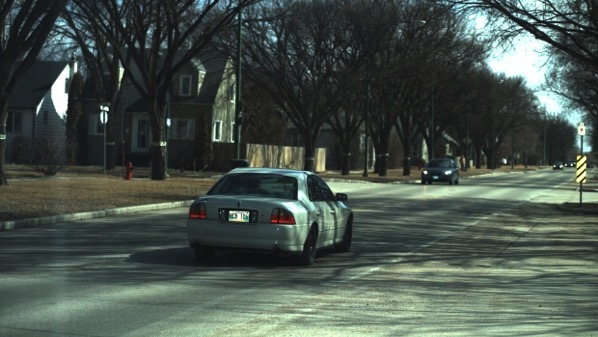 Mercer says that he’s driven that stretch often and is aware of the school zone. When he got the ticket, he turned to Google Street View and captured photos of the area, comparing them with the photo enforcement picture. He argued before a judge last week that his car was well outside the school zone.

Mercer was thrilled to know the Crown had stayed the charges. “I was really happy. I got up and said, ‘That’s it? Yup,’ and walked out,” he told the publication.

“I don’t even know what to say, there are so many tickets that are being handed out every day. I mean there were 150 people [in traffic court] that day,” he said, adding waiting over a year to find out what a judge would say was the hardest part. “I tried not to think about it. Every time I thought about it I got a little angry, thinking how many people.. do they just park wherever they want and tell you, ‘You’re in a school zone,'” said Mercer.

Mercer saved himself the $299 ticket but admitted it cost him the time to prep his case and two days off work.