Citing anonymous sources, 9to5Mac reports that Apple is prototyping a new set of wireless headphones which could be launched alongside the iPhone 7 this fall. By the way, the premium accessory will allegedly be sold separately. 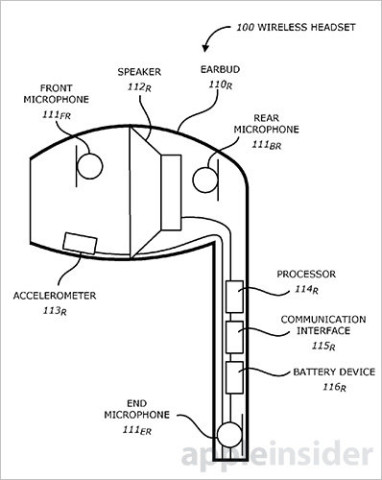 In line with previous reports claiming Apple will ditch the century-old 3.5 mm headphone jack, a wireless headset makes sense, and the sources cited by various reports, including Fast Company and now 9to5Mac, are pretty sure Apple will move forward with an all-in-one Lightning connector this fall for the iPhone 7.

The headphones are said to be similar to Motorola’s Hint headset, and will include a noise-cancelling microphone system allowing users to answer phone calls and enable Siri. 9to5Mac’s sources speculate that Apple’s new headset could have a control button for activating Siri and managing calls.

Also, the headphone prototype described by the sources doesn’t have ports for charging. Instead, it has a carrying case that doubles as a rechargeable battery which charges the headphones when they’re not in use. As for battery life, well, so far it looks as though it will last only 4 hours with a single charge.

The iPhone 7 will likely be launched this fall and feature wireless charging, a bigger battery, and an all-in-one Lightning port, but the sources say Apple is yet to decide the final design of the handset.