[Updated] With No iPhone This Summer, Is It Time To Buy AppleCare?

July 12, 2011 Update: I bought AppleCare for iPhone. My first warranty ever.

As the typical June/July release window for new iPhones begins to pass, and rumours strongly suggest that the next generation iPhone is due this fall 2011, my mind has been preoccupied with the idea of AppleCare for iPhone.

Let me just say that I do not, and never have, bought warranties for any type of electronic product. I do this because I typically replace the majority of the electronics every year or so. A case in point is the iPhone.

The point here being is that whichever iPhone I purchase I can always use the standard one year warranty period. When that warranty period expires, a new device is typically available. Plus, in the four years of using iPhones, I have never once had a technical problem that required a visit or phone call to Apple.

But this year things are different. This year, there is no one year cycle for the iPhone.Â As the typical June/July release window for new iPhones begins to pass, I find myself thinking about AppleCare for iPhone. Do I need it?

If we assume that the next generation iPhone will be released in September/October 2011, that gives my iPhone 4 about one to two months of no warranty coverage. While that does not sound like a long time, if something does go wrong, say the Home Button stops working, thatÂ will be a very, very long one to two months to wait for a new device.

Also, due to my iPhone 4 being loaded with iOS 5, Apple will not replace or service my iPhone because iOS 5 is not an officially released firmware. To get support, I would have to downgrade from iOS 5 to iOS 4.3.3 which honestly seems like more trouble than the $79 for AppleCare. Plus, with AppleCare I can easily have my iPhone 4 replaced under warranty in the fall (when iOS 5 is released) for a new device.

There is also the thought of giving my iPhone 4 to a friend or loved one, which I have done in the past. I would be doing them a great a service by picking up AppleCare, replacing that iPhone 4 under warranty in September/October (giving them a virtually new device), and then picking up the next generation iPhone for myself.

As of today, I have 23 days to make a decision about whether or not to purchase AppleCare for my iPhone 4. It is not a decision of spending the $79, but a decision of do I really need it? And so my mind continues to contemplate.

Are you thinking about AppleCare for your iPhone 4? If so, why? Or do you already have it?Â Share your thoughts. 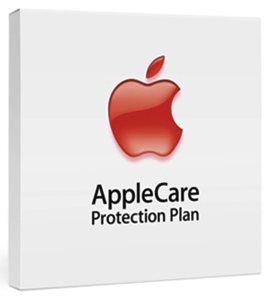 The Canadian Radio-television and Telecommunications Commission, the country’s broadcasting and telecommunications regulator, announced on Monday morning its website and phone lines are down for the count, in what appears to be an unscheduled outage. “Please note that our website, its related applications and phone lines are temporarily unavailable, we will update you as soon as […]
Gary Ng
17 mins ago