Liz Bertorelli, a woman who lives in an apartment building in Toronto, dropped her iPhone onto a vacant balcony below, and after unsuccessful attempts to contact her neighbours and inform the building manager, she took to Twitter to chronicle her attempts to retrieve her phone. Her rescue mission lasted two days, through rain and several failed attempts, during which she attracted a huge following on social media. 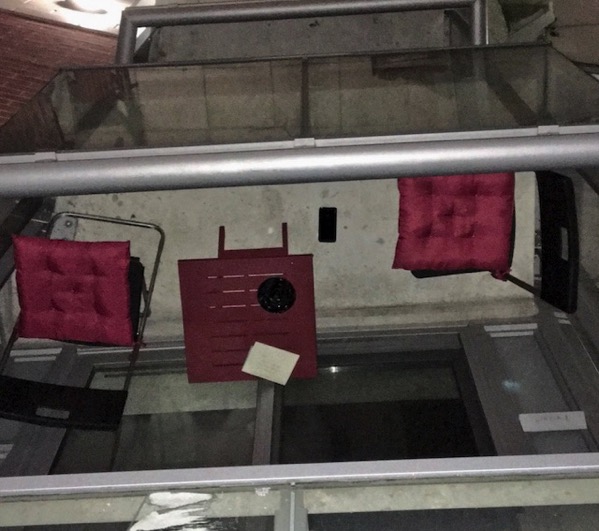 When Bertorelli dropped her iPhone, he could see it on the balcony below, but couldn’t reach it. “What did I do tonight? Oh ya know, dropped my phone off balcony to the unit below,” she Tweeted at 4:48 a.m, with a photo of the scene (shown above). Her Tweet soon received thousands of responses, following which she continued documenting the process.

Update: It’s very dark outside now, my iPhone is still alive and lighting up from below. We will see what tomorrow brings ????????

According to a new report by CBC News, Halifax Transit's long-awaited fare-paying smartphone app is expected to go live in December, although people will still be able to use traditional paper bus tickets. The latest release timeline was shared earlier this week by Halifax Transit's manager of technical services Mark Santilli at the municipality's transportation...
Usman Qureshi
8 mins ago

Samsung Canada has just announced the LCD Glass Panel Replacement Program, a new repair service that serves as a more environmentally conscious option for replacing LCD screens on select Samsung devices. Through the new program, customers will receive high-quality repair service that will replace a damaged LCD glass on their smartphone instead of having to...
Usman Qureshi
21 mins ago

Facebook has today announced some new ways to customize what you see in your Feed, including an option to select 'Show more' or 'Show less' on a post to see more of what you want and less of what you don’t. Along with updates from your friends, Groups, and Pages, Facebook recommends posts from creators...
Usman Qureshi
37 mins ago