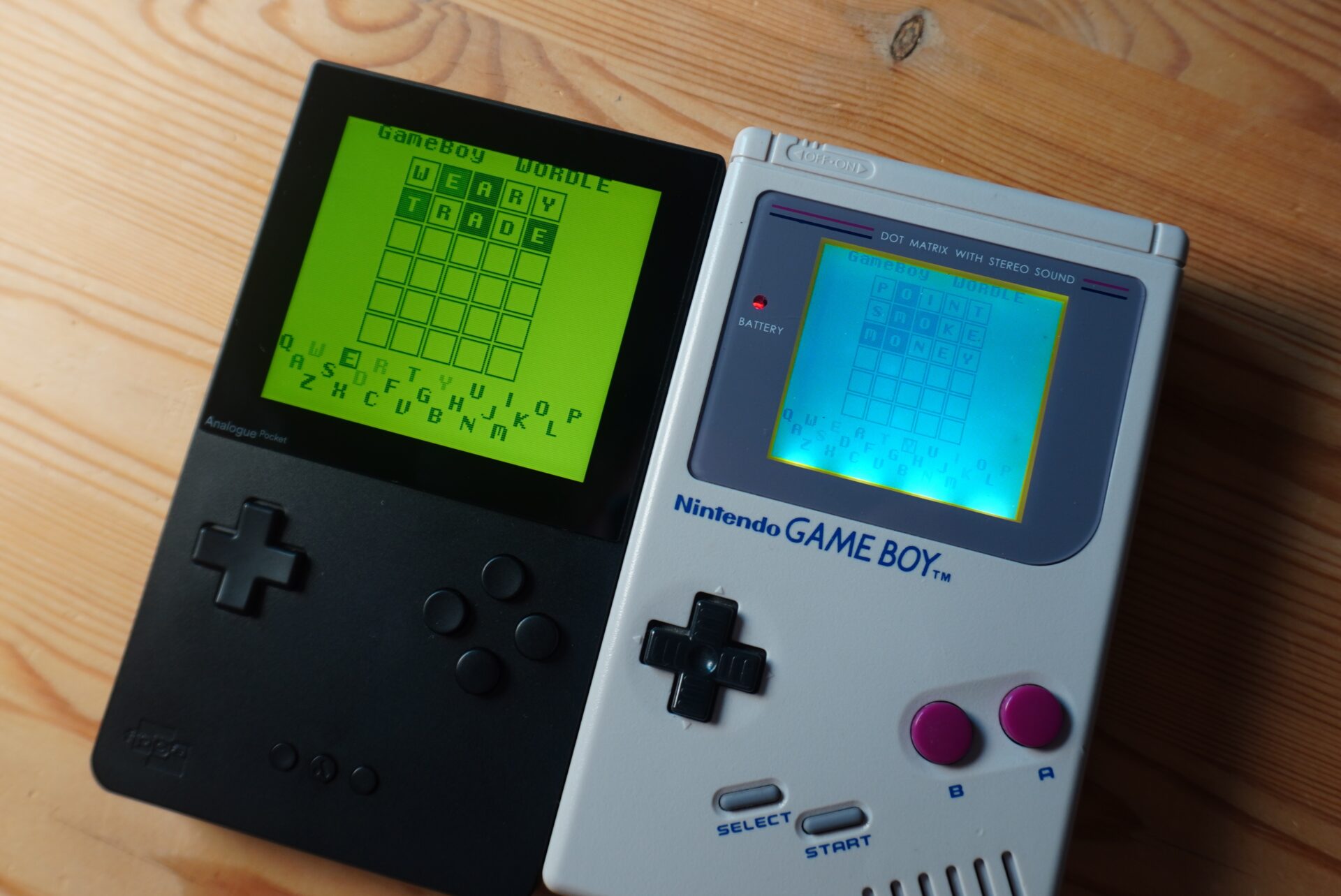 Want to give it a try? You can play it online here: https://t.co/V4FjDMtVgd (even works on mobile).

Or download the ROM for both the original Game Boy and the @analogue Pocket here: https://t.co/Nxq74MVDLY pic.twitter.com/pSxon3vDsP

Inspired by another hobbyist who got Wordle working on a Palm personal digital assistant from 1999, Stacksmashing’s port brings one of the hottest games in recent months to a handheld game console that originally launched more than 30 years ago.

Hardware that old has its limitations, though — Stacksmashing’s retro port for Wordle isn’t the exact same game as the original browser-based puzzler. It’s a reproduction, and hardware constraints made it so the homebrew artist couldn’t fit Wordle‘s full answer key of 2,135 words into the ROM file.

“Instead,” the hardware hacker said, “I’m using a bloom filter to check (with, admittedly, currently a very high error rate) whether an entered word is one of the 8000 most common English words.”

And turned out to be a nice Saturday project!

At the time of writing, the port has a known issue with multiples of the same character in a word since Stacksmashing “wasn’t sure how the original behaves” in such scenarios.

Yea multi-character is not working like in the original Wordle

The game is certainly still playable, though, and the developer might even fix the issue in a future update.

To play the game on a Nintendo Game Boy, you’ll need to download the free ROM created by StackSmashing and move it onto a Game Boy-compatible flash cart. Once that’s done, you should be good to go.

The ROM also works on Game Boy emulators and retro emulation consoles like the Analogue Pocket. According to Twitter user @SB_Singletary, it even works on the Super Game Boy Player.

And now it’s running on Super Game Boy 2!
I even made a palette that will make it look a little more like the original. Use this code on the custom palette screen:
2347-1919-7199
(And yes, this should work on SGB1 as well!) pic.twitter.com/Bz63vgiiCn

Much like the original Wordle, Stacksmashing’s Game Boy port is playable on the web as well. You can play the game online on a desktop or mobile browser at this link.

While Wordle‘s original creator had no plans to monetize the game or release a mobile app, the game was acquired by The New York Times for “low seven figures” last week.

Seeing Wordle running on 30+ years old hardware is interesting, to say the least, and if Wordle‘s new owners end up introducing ads or locking the game behind a paywall, third-party ports like Stacksmashing’s could come to the rescue.

Popular cryptocurrency exchange Coinbase on Thursday announced it had to disable the ability to send NFTs on the iOS version of Coinbase Wallet, the company's mobile crypto wallet app, because Apple wanted a 30% cut of the "gas fees" involved. https://twitter.com/CoinbaseWallet/status/1598354819735031809 Gas fees are essentially transaction fees on the Ethereum blockchain network. They are paid...
Nehal Malik
4 mins ago