The actors in the film also were cinematographers, and the $250,000 budget included $100,000 Sourligas maxed out on his credit cards.

Happy Slapping is also one disturbing descent into teen disaffection and terror, and its release couldn’t be more timely in light of the recent mob violence in England. The film takes its title from the British fad where teens assault strangers on the street, shoot the encounters on camera phones and endeavour to post them on YouTube for some fleeting fame. 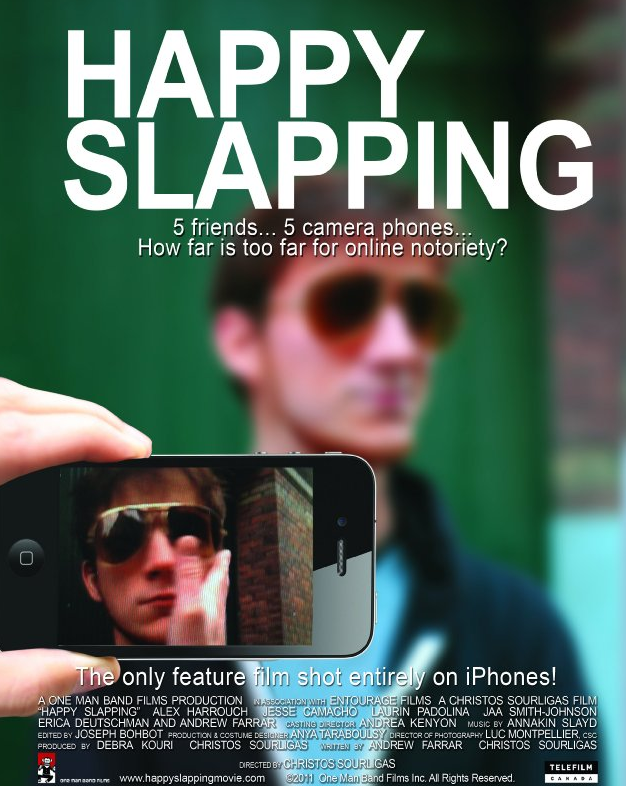 The idea to have the five actors also film was the idea of Luc Montpellier, his director of photography. They quickly grasped onto the concept of filming using an iPhone:

“During the first couple of days of shooting, the actors were really apprehensive about shooting, but in no time they caught on. Then the iPhones became like appendages to them.”

Definitely a novel idea for a movie, as the filming style is reminiscent of The Blair Witch Project. If you’re in Montreal, check out this film tonight and let us know how it is!