Rob Schmitz, the China correspondent for American Public Media’s Marketplace, has becomes the first public media reporter to enter a Foxconn’s iPad production facility (via CNN Money). The journalist was given an exclusive tour inside the iPad factory by Foxconn and Apple public relations. Schmitz’ radio reports will be available starting Monday, April 9 through local radio stations in US as well as online  at Marketplace’s special page on the ‘Apple Economy’. 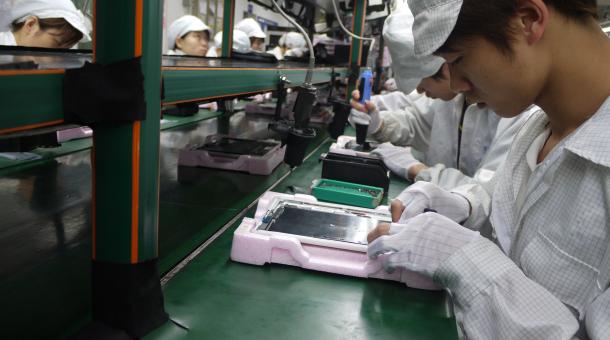 Meanwhile, Schmitz has been writing about the tour on his reporter’s notebook blog, and Marketplace has posted a couple of teasers: A 3:30-minute radio interview and a 20-second YouTube clip of iPads with their innards exposed. (see below)

Apple will be pleased that Schmitz describes Foxconn’s factory city as having the feel of a college campus — with “dorm buildings and basketball courts and swimming pools and things like that” — and that he contradicts a New York Times correspondent’s claim that workers spend spend long hours each day either standing or perched uncomfortably on stools. At this factory, at least, everybody sits on stools that have backs.

Check out Schmitz’ YouTube video below, which can be viewed in “3D” mode as well: