A company named Breathometer has introduced the world’s first smartphone breathalyzer, that works with a dedicated mobile app and transforms any iPhone or Android phone into a breathalyser. The device, that will plug into a smartphone headphone jack, will be available this summer and consumers can start pre-ordering today for only $20. 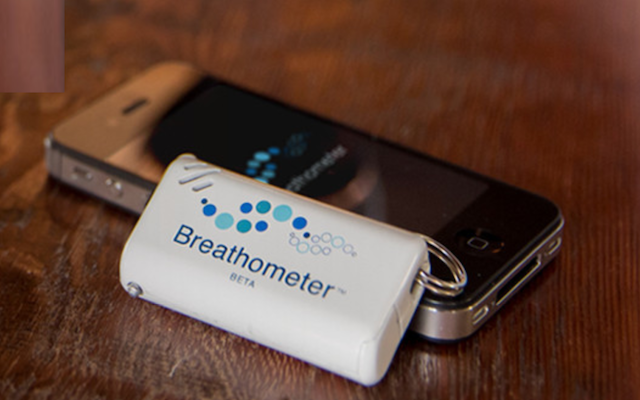 According to the company’s survey regarding drinking and driving, 64 percent of respondents indicated that either they have driven while intoxicated or have been in a car with a driver under the influence. Breathometer plans to provide options beyond informing users of their impaired state and plans to connect to local transportation services to quickly connect with a cab or taxi.

“Breathometer wasn’t created just to address the risks associated with drinking and driving,” said Charles Michael Yim, Founder & CEO of Breathometer. “but to help people, their friends and family, all to make smart and safer choices when consuming alcohol. Real time BAC measurement is the first step.”

Breathometer will be FDA approved and is patent pending. It is ideal for anyone who enjoys even a casual drink, as just one drink can affect judgment or the ability to drive safely. The company will make Breathometer available in Summer 2013, anticipating that the affordable price combined with a quality equivalent to current consumer breathalyzers will encourage widespread use and help grow the market for such devices.

Are you ready for Apple’s expected iPhone 14 launch this fall? If you are, let’s hope your wallet is ready too, because according to one analyst the prices are going up this year for the Pro series smartphones. Wedbush analyst Daniel Ives said in a research note (obtained by MacRumors) that he believes the iPhone...
Gary Ng
28 seconds ago

Zellers was an iconic discount retail chain in Canada that was acquired by Hudson’s Bay Company in 1978, then later shuttered in 2013. But now a decade later, HBC says it is bringing back Zellers from the dead, announcing on Wednesday it will be returning in “early 2023,” in the form of a new e-commerce...
Gary Ng
37 mins ago