When Palm announced at CES and demonstrated their upcoming smartphone, the Pre, many people were excited to see some “real” competition come our way. By now, we all know that despite many attempts from manufacturers such as RIM and HTC, the iPhone is still the phone to beat.

Palm Is Ready to Take the Cake from Apple

What peaked my interest though and compelled me to bring up this question was when I read this bold and confident statement by Palm’s CEO, Roger McNamee, in his interview with Bloomberg from last week:

“You know the beautiful thing: June 29, 2009, is the two- year anniversary of the first shipment of the iPhone,” McNamee said today in an interview in San Francisco. “Not one of those people will still be using an iPhone a month later.”

All I have to say to Mr. McNamee is don’t count your chicks before the eggs hatch! Palm has not sold one Pre yet, and to have the confidence to announce that the whole lot of iPhone users will switch over to the Pre is a bit cocky and “pre”-mature at this point in time. 😉

Let’s get one thing very clear: the Pre will definitely sell a lot of phones. As for switching over every single iPhone user, that is highly unlikely. First of all, we do not know if the phone will be available outside the USA at this in time. Will the Palm Pre be available in Canada? We don’t know.

Also, most users that do have iPhones in the USA and Canada are tied down to contracts with their local carriers (yours truly included). Here’s some more Palm speak from McNamee:

“Think about it — If you bought the first iPhone, you bought it because you wanted the coolest product on the market,” said McNamee, 52. “Your two-year contract has just expired. Look around. Tell me what they’re going to buy.”

What is this guy thinking when he says this stuff? It’s like he’s setting the company up for disaster if the Pre fails and Palm ends up going bankrupt. Let’s remember that Palm’s cash reserves are a couple hundred million, while Apple has about 28 billion. Palm can try to borrow to keep pushing the Pre, but when you’re up against a giant like Apple, it’s going to be an uphill battle. 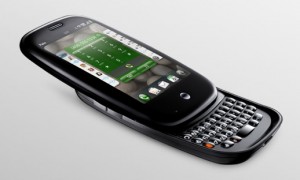 Are Americans Ready to Spend More than the Cost of an iPhone 3G for a Pre?

Don’t forget the United States (and the world) is going through some tough economic times and people aren’t spending like they used to. Sure, the Pre is going to be a mighty smartphone, but at the end of the day if you’re jobless, what’s more important–a new phone or putting dinner on the table? Don’t forget that 651,000 jobs were slashed in February in the USA!

Apple tends to surprise us with updates and new products when we least expect them. Yes, the Pre will get the hype and attention it deserves, but I can only imagine the return of Jobs to announce “one more thing” during the next Apple event and blow us all away with the next generation iPhone. It’s completely possible and we’ve seen it before. I think he has already started cleaning his New Balance runners and pressing his black turtleneck and jeans.

I’m all for healthy competition as it only benefits the consumer. If it wasn’t for the iPhone we wouldn’t even have upcoming devices like the Pre. RIM has failed to dent overall iPhone sales with the Bold and the Storm (I played with a Storm recently and it was extremely PAINFUL to use). We all know deep down inside that all Blackberry users really crave an iPhone anyways, right? 😉

So to get back to my original question: Would you switch to the Palm Pre? Yes/No? Why/Why not?

My answer to the above would be NO. Why? Well, I think the Pre has yet to prove anything, aside from create some pretty positive hype. Until I actually test one in my hands and it wins me over (this is how the first gen iPhone won me over when I got hands on with one inside the Alderwood Apple Store), I will continue to use my iPhone 3G. Also, I am not a fan of physical QWERTY keyboards. They are slow and hard to use if you have fat fingers! Touchscreens are the way of the future folks! 😉