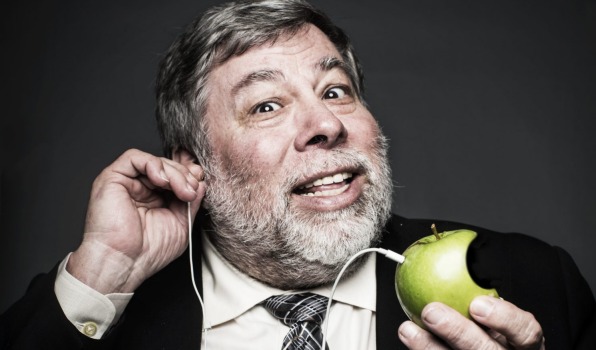 In a recent interview with The Australian Financial Review, Apple co-founder Steve Wozniak has warned the company that removing the 3.5mm headphone jack from its upcoming ‘iPhone 7’ is going to frustrate a lot of customers. Although Apple is yet to confirm it will even launch a new iPhone in September let alone confirm the rumour, the tech giant is widely believed to debut ‘Bluetooth EarPods’ for connecting wirelessly to the iPhone.

“If it’s missing the 3.5mm earphone jack, that’s going to tick off a lot of people,” Mr Wozniak said. “I would not use Bluetooth … I don’t like wireless. I have cars where you can plug in the music, or go through Bluetooth, and Bluetooth just sounds so flat for the same music.”

“If there’s a Bluetooth 2 that has higher bandwidth and better quality, that sounds like real music, I would use it. But we’ll see. Apple is good at moving towards the future, and I like to follow that.”

It is also being speculated that users wanting to use their existing, wired earbuds and headphones might have to buy an adaptor that attaches to the iPhone’s Lightning port. Wozniak also said that he would probably use the adaptor to connect his existing earphones to his next iPhone, adding that like many other users, he is attached to the accessories that he uses alongside the phone.

“Mine have custom ear implants, they fit in so comfortably, I can sleep on them and everything. And they only come out with one kind of jack, so I’ll have to go through the adaptor,” he said.

While he did not advise Apple not to go with the rumoured magnetic port for the ‘iPhone 7’, he did say he thinks more highly of phones that use USB-C, pointing out that one of his favourite Android phones Nexus 5X uses that connector. “I think USB-C is going to be the future,” he said.