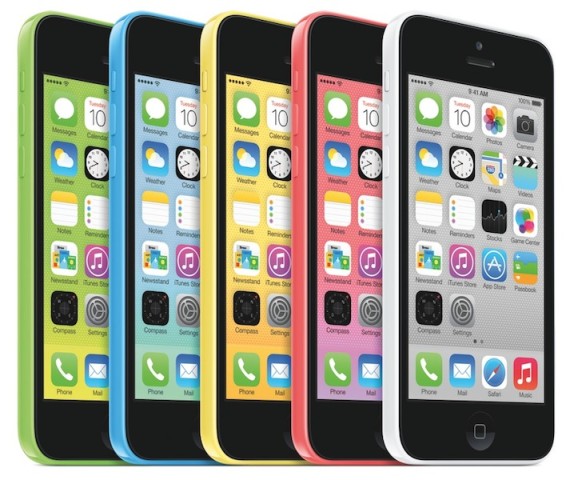 Apple is reducing orders of the lower-cost iPhone 5c for the holiday quarter, reports the Wall Street Journal and Reuters. This will send a wave of concern among investors, who are likely to take the view that this is a sign of weaker-than-expected demand, and also worry about Apple’s pricing strategy.

The company has notified two of its major suppliers, Pegatron and Hon Hai Precision Industry Co. (Foxconn) that the production of the colourful handset would be slowed. According to the the WSJ, Pegatron will likely see a 20% cut, while Foxconn about 33%.

Apple told its Taiwanese assemblers Pegatron Corp. and Hon Hai Precision Industry Co. that shipments of the iPhone 5C in the fourth quarter would be cut, the people said. Pegatron, which analysts say assembles two thirds of the iPhone 5Cs, was told orders would be cut by less than 20%, said a person familiar with the matter. Hon Hai, which assembles the remaining low-cost iPhones, was told orders would be cut by a third, said two people familiar with the matter.

One component supplier was notified of a 50% cut in orders for iPhone 5C parts, which analysts say could suggest a slowdown in device shipments next year, or mean an inventory reduction by assemblers.

Apple’s action could come as a surprise for some of us, but KGI Securities analyst Ming-Chi Kuo already concluded that earlier last week after performing a market research. The supply of the iPhone 5c appears to exceed demand, and some of Apples retailer partners are selling the handset for less than the initial $99 introductory price.

From what we could see so far, the iPhone 5s sales outperform the lower-cost version iPhone 5c, with reports pointing to “lower-than-expected” sales — at least in the United States. But looking globally, in the 10 countries the iPhone 5s was available at launch, the iPhone 5s outsold the iPhone 5c by 3.7 to 1.

According to MacRumors, there is a microphone issue plaguing some Apple Watch Ultra and Apple Watch Series 8 units. Users have reported an issue where they are unable to use Apple Watch's microphone to talk to Siri, make a phone call, record voice memos, and more. The microphone simply becomes unresponsive after some time, rendering it...
Nehal Malik
51 mins ago