WSJ: CDMA iPhone Coming to Verizon; Redesign for Next iPhone

There have been countless rumours and reports of a CDMA iPhone coming to Verizon. It looks like that story has just gained some real weight as Yukari Iwatani Kane from the Wall Street Journal reports. She always seems to be the one to have the inside scoop on Apple news. Here are two key points:

– mass production to start of a new iPhone by the end of 2010, which would allow a CDMA version to be sold early next year on Verizon
– a new redesigned iPhone model, different from the current iPhone 4. Apple probably has already re-thought its antenna design. Wasn’t Antennagate just so much fun?

We are lucky to have our ‘Big 3’ carriers all sell the iPhone, whereas our neighbours down South are stuck with AT&T.

Apple Inc. plans to begin mass producing a new iPhone by the end of 2010 that would allow Verizon Wireless to sell the smartphone early next year, said people briefed by Apple.

The new iPhone would be similar in design to the iPhone 4 currently sold by AT&T Inc. but would be based on an alternative wireless technology called CDMA used by Verizon, these people said. The phone, for which Qualcomm Inc. is providing a key chip, is expected to be released in the first quarter of next year, according to the same people.
An Apple CDMA iPhone would spell the end of the exclusive U.S. arrangement with Apple that AT&T has had since 2007, when the original iPhone debuted.

Separately, Apple is also developing a new iPhone model, said people briefed on the matter. One person familiar with the new iPhone plan said the fifth-generation iPhone will be a different form factor from those that are currently available. It was unclear how soon that version will be available to Verizon. 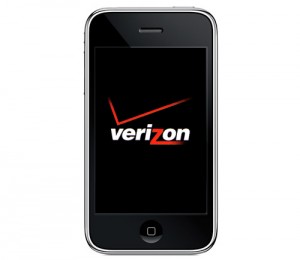 What do you think? Could we be possibly expecting an early update to the iPhone? What could the “next” form factor look like?

Update 1: looks like the article has been updated. This story now reveals it’s true that AT&T will be losing exclusivity for the iPhone:

AT&T Inc. is about to lose its lock on the iPhone.

Apple Inc. is making a version of its iPhone that Verizon Wireless will sell early next year, according to people familiar with the matter, ending an exclusive deal with AT&T and sharpening the competition with Google Inc.-based phones.

Bring on the competition I say!