WSJ Investigates What Your iPhone Apps Are Doing Behind Your Back 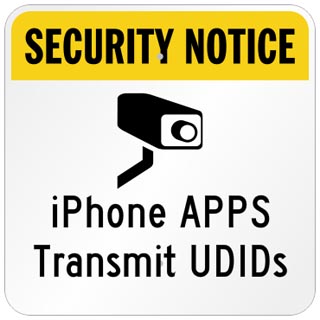 The Wall Street Journal has a fantastic article about the whole issue around app privacy, in particular what iPhone and Android apps are doing with your information.

With 300,000+ apps in the App Store, what information is collected and distributed about us when we use various iPhone apps? The WSJ’s investigation resulted in the following conclusion:

Here are examples of how much information is being shared by the apps TextPlus 4, Pandora, and Paper Toss:

Apps sharing the most information included TextPlus 4, a popular iPhone app for text messaging. It sent the phone’s unique ID number to eight ad companies and the phone’s zip code, along with the user’s age and gender, to two of them.

Very interesting. How can we control the information on our phones and prevent them from being distributed to third parties? Isn’t Apple’s walled garden supposed to protect us from prying eyes?

The app Pumpkin Maker actually transmits your GPS coordinates to an ad network–without even asking or notifying you. The biggest recipient of your data? Google, via their AdMob network, which is widely used within free ad-supported apps.

What do you think? How can consumers protect their privacy when it comes to downloading apps? Is downloading a free app worth giving up some information?

Thanks to @photogreekvm for sending this in!

Fresh off the heels of the launch of Apple's HomePod (2nd-Gen), TF International Securities' Apple analyst Ming-Chi Kuo believes a successor to the HomePod mini 2 could be on its way. In a tweet thread surrounding Apple supplier Goertek, Kuo discussed that the Weifang-based components company has "secured NPI and assembly orders" for the ‌HomePod mini‌...
Steve Vegvari
42 mins ago