Last month, Wunderlist announced a bunch of ‘time-saving’ new features for its apps across various desktop and mobile platforms, including Smart Due Dates, Quick Add and Quick Search options, that were rolled out first on Wunderlist apps for iOS. Today, the company is expanding these handy new features to the Mac and Apple Watch Wunderlist apps as well, making it faster and easier to create, complete and review to-dos on both devices. 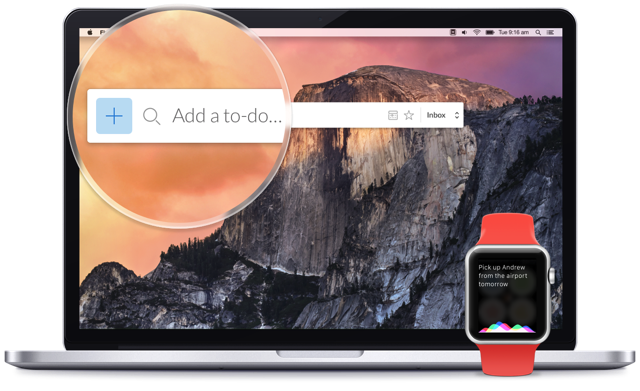 Just like its iOS counterpart, Wunderlist for Mac now has Smart Due Dates feature, that detects words like ‘today’, ‘Monday’, ‘next week’ etc. as you type, and then saves you time by automatically adding a Due Date to your to-do. Similarly, Quick Add and Quick Search features are now available for Mac as well.

With the arrival of Quick Add on Apple Watch, users can now capture to-dos on the go. Simply open the app, Force Touch, tap and say ‘Call the new clients tomorrow’. Smart Due Dates on Apple Watch can also automatically create Due Dates and Reminders. Check out the following video for a better idea.