WWDC 2012: Live Blogs Round Up, Predictions for Tomorrow’s Keynote

Tomorrow is the kick for one of the most important Apple events of the year, the keynote to launch WWDC 2012, at Moscone West in San Francisco. Tickets for the event sold out in less than two hours. Of course, leading up to June 11th the web has been floating with numerous rumours about what to expect. We’ll be covering of course the big announcements for tomorrow.

In the meantime, here’s what we predict will be announced tomorrow, based on numerous rumours and previous reports:

Apple’s WWDC keynotes are typically two hour events. They will focus on iOS and OS X tomorrow, just like they did last year. They’ll of course start off by boasting Apple numbers, such as the number of App Store apps, iOS device sales, iCloud users, Game Center users, etc. Then, we’ll hear about Mountain Lion and iOS 6 (cue new app demos). And it’ll all come at a well-rehearsed, brisk-paced speed.

The ‘surprise’ announcement tomorrow (last year Steve Jobs introduced iCloud)…could be a new iCloud feature that will blow our socks off (AirDrop for iOS?) or possibly an Apple TV SDK. I’d like to see improvements to the way we organize our apps. There still isn’t any perfect solution to manage a situation with well over 200 apps. Too many apps go into the folder ‘graveyard’.

As for any sort of new hardware announcements, such as Retina Display Macs? Those will come via a separate event or some sort of press release announcement for refreshes. There’s just not enough time tomorrow, unless Apple decides to run the keynote 2.5 to 3 hours long (which it won’t).

The action starts at 10AM PDT/1PM EDT, Monday June 11th. Here are some live blogs to follow the event:

What do you predict will be announced tomorrow? Let us know in the comments! 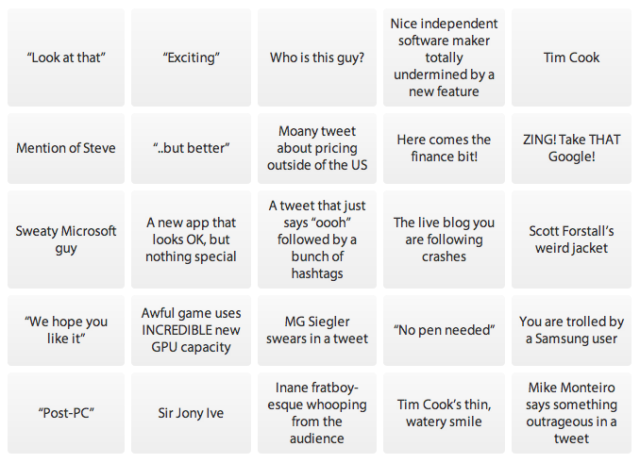 SaskTel is partnering with South Saskatchewan Ready (SSR) to bring the infiNET service to four communities in Southern Saskatchewan. The partnership will expand the SaskTel infiNET service, Saskatchewan’s largest fibre broadband network, to the following communities: Bengough Coronach Rockglen Willow Bunch The project is being facilitated through SaskTel’s Community Participation Program, which has been utilized by over...
Usman Qureshi
15 mins ago

Despite engineering delays, Apple is said to be continuing work on full reverse wireless charging support for the next-generation iPhone (via 9to5Mac). (Concept image: via EverythingApplePro) Citing sources familiar with the matter, the report notes that Apple was expecting to introduce the feature with the iPhone 14 Pro, but it missed the deadline. However, the...
Usman Qureshi
27 mins ago