On the eve of WWDC 2014, attendees of the event have received a couple registration gifts from Apple, in the form of a commemorative $25 App Store gift card ($1 for every year of WWDC), and also a black polyester jacket with ‘WWDC 2014’ emblazoned on the front (via AppleInsider): 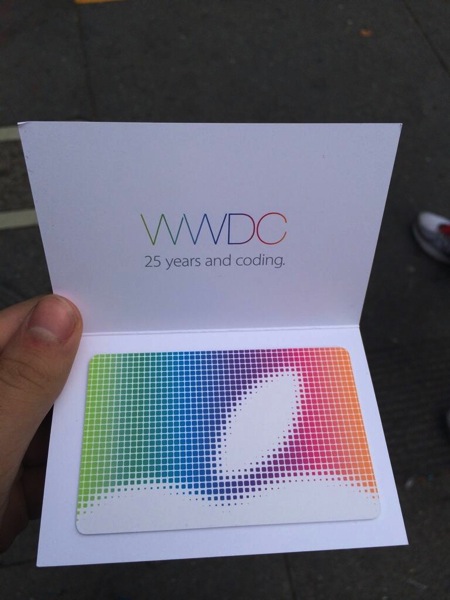 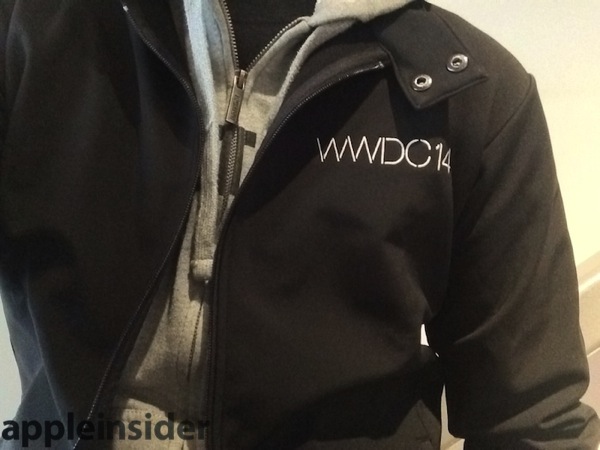 Each WWDC 2014 ticket was priced at $1599 USD and this year the selection was by lottery.

Tomorrow’s WWDC 2014 keynote kicks off at 10AM PDT and will be streamed live by Apple. We’ll be posting updates throughout the event both on the site and on Twitter. One. More. Sleep.