Apple has upload its WWDC 2017 keynote to YouTube, making the replay accessible to all mobile and web users, regardless of browser or operating system. 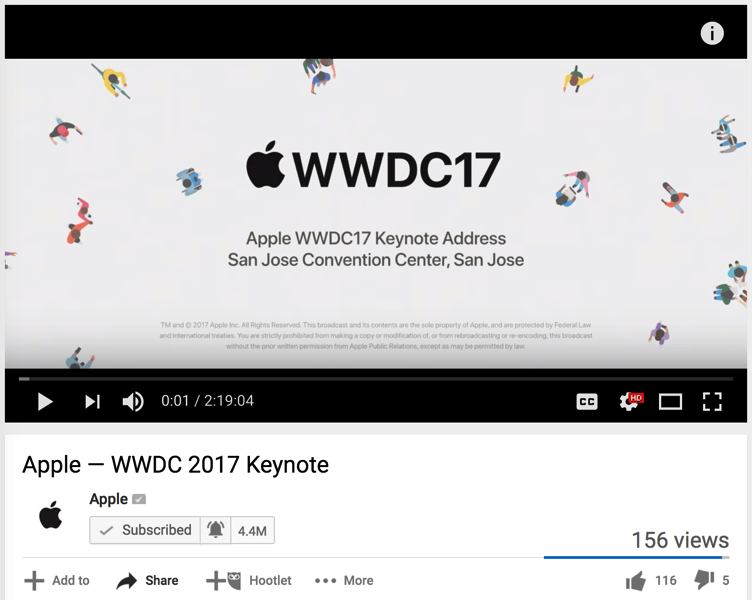 The keynote spans just under 2 hours and 20 minutes long. Apple executives Phil Schiller and Craig Federighi told John Gruber on The Talk Show, the first draft of the keynote was originally 3.5 hours long.

The full video is below:

If you’re looking for an offline version of the keynote, you can download it here in HD from iTunes.