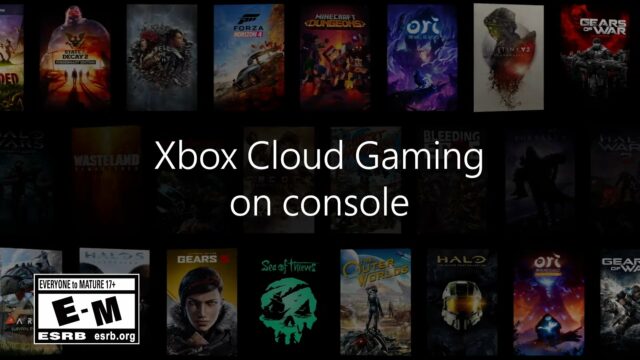 Microsoft has confirmed that all Xbox Series X/S and Xbox One consoles across 25 regions can access Xbox Cloud Gaming, including Canada.

Announced via an Xbox Wire post, Vice President and Head of Product of Xbox Cloud Gaming Catherine Gluckstein revealed that Xbox Cloud Gaming’s console support is exiting the Alpha Ring phase and is now available to all console users across Canada, the US, Australia, the UK, New Zealand, and more.

Xbox Cloud Gaming’s console functionality enables console players to tap into Microsoft’s cloud gaming service directly on their Xbox Series X/S and Xbox One. The benefit of this is that certain games can now be played without having to install the software directly on the console. This means that if a friend asks you to jump on and play a game you don’t have installed, you can join without waiting. Additionally, users can demo a game via Xbox Game Pass and decide if they like it and install it later. This will undoubtedly be a big boost for the discoverability of indie games.

For Xbox One users, having access to Xbox Cloud Gaming means that they can access Xbox Series X/S exclusive titles directly on the last generation’s hardware. Currently, Recompile, The Medium, and The Riftbreaker are available to play on Xbox One via Xbox Game Pass Ultimate. Gluckstein states that Microsoft Flight Simulator will be available to Xbox One users in 2022 alongside other next-gen titles that will expand the cloud gaming library.

In order to access Xbox Cloud Gaming on Xbox Series X/S and Xbox One, a subscription to Xbox Game Pass Ultimate is required. A monthly subscription to the service is $16.99/month and includes a number of additional perks such as access to over 100 games, Xbox Live benefits, and more.