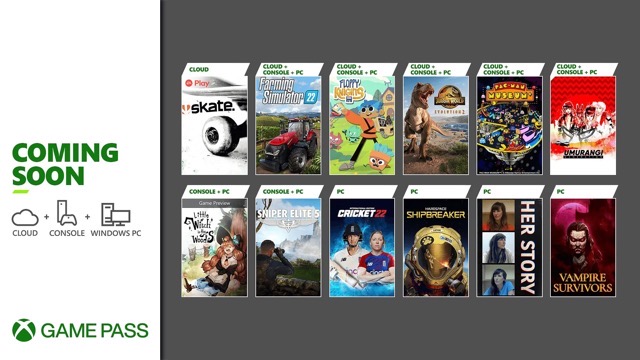 The much-anticipated sequel to Frontier’s highly successful Jurassic World Evolution builds upon the ground-breaking and immersive 2018 management simulation. It introduces a compelling new campaign and Chaos Theory Modes, a range of new features, customization options, and awe-inspiring new dinosaurs that include flying and marine reptiles. 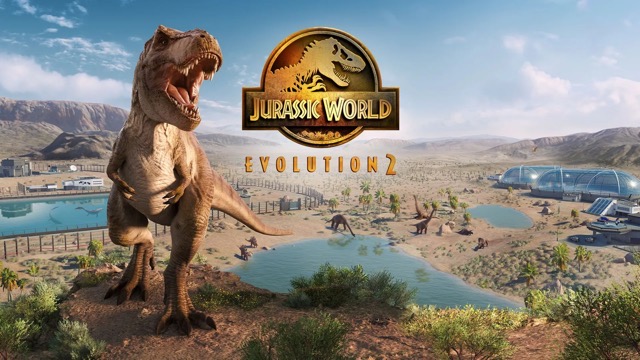 Farming Simulator 22 brings a multitude of new gameplay features and offers more content and player freedom than ever before, including new ground working features like mulching or stone picking, an improved build-mode adding greenhouses and beehives, as well as a new character creator to bring your own, individual farmer to life. 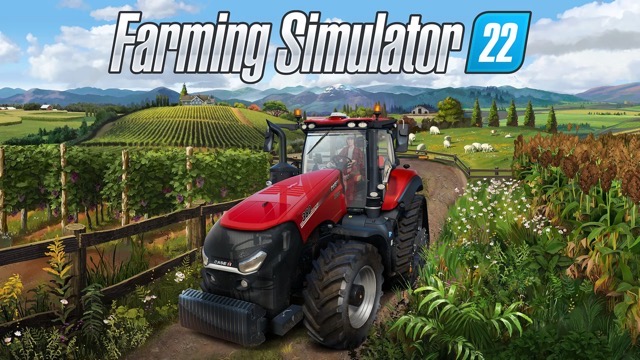 Jump straight into the action, mow down thousands of night creatures, and survive until dawn! The gothic-horror world of Vampire Survivors will throw relentless hordes of monsters at you: make the right choices, or rely on your skills and favorite weapons to turn the tide and quickly snowball against your enemies

Available on day one with Game Pass: Floppy Knights is a fresh take on two familiar genres: tactics fused with card-game strategy. Join Phoebe and Carlton, a brilliant young inventor & her robot-arm bestie, as they square off in turn-based battles. Build the perfect deck, execute seamless card combos, and lead your Floppy Knights to victory!

Available on day one with PC Game Pass: Equipped with cutting-edge salvaging tech, carve and slice a variety of derelict spaceships at will in zero-g to recover valuable materials. Be careful with your tools: you don’t want to trigger an explosive chain reaction that could be deadly, or worse.

Available on day one with Game Pass: The award-winning series returns with unparalleled sniping, tactical third-person combat, and an enhanced kill cam. Fight your way across the most immersive maps yet, with many real-world locations captured in stunning detail.