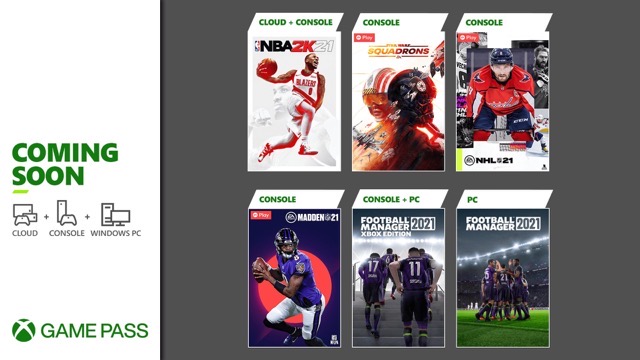 Ppacked with fresh new features and innovative gameplay enhancements, Madden NFL 21 delivers new levels of ingenuity and control developed to inspire creativity on and off the field. Active members can play as much as they want, whenever they want, plus score 3 Gold Team Fantasy MUT Packs every month.

Manage the club you love and compete for the biggest prizes in the game as you cement your legacy as one of the managerial greats. With more than 2,000 clubs waiting for you to lead them to glory, take your first step towards managerial greatness,

Experience the drama and excitement of the world’s most popular football management simulation as it returns to the biggest stage. Take in the spectacle of matchdays in the 3D match engine or use the “Instant Result” option to skip straight to the full-time whistle and speed up your progress through the season.

Enjoy best-in-class gameplay and one-of-a-kind immersion into all facets of NBA basketball and basketball culture. Ascend from high school to college ball on your way to the League in MyCareer, or build your greatest collection of the latest NBA stars and legendary ballers in MyTEAM.

Master the art of starfighter combat in the authentic piloting experience Star Wars: Squadrons. Feel the adrenaline of first-person multiplayer space dogfights alongside your squadron and buckle up in a thrilling Star Wars story.

Carve your path to superstardom in an expanded Be A Pro mode and go down as one of the league’s greatest. On the ice, change up your attack with all new moves, dekes, dangles and evasive maneuvers, inspired by the league’s most groundbreaking innovators.