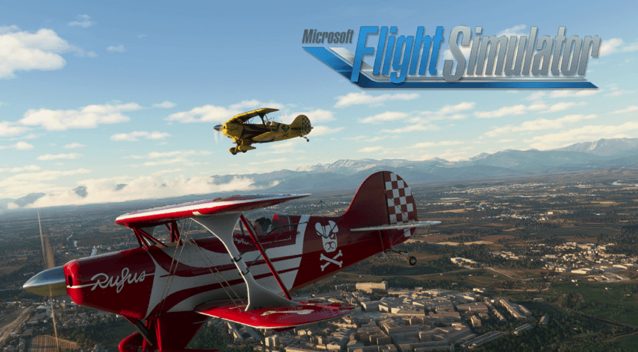 For those who aren’t familiar, Xbox Game Pass is Microsoft’s game subscription service for use with its Xbox Series X/S, Xbox One consoles, and Windows 10, as well as with Android devices via xCloud.

Check out all the new titles coming soon to Xbox Game Pass:

From Xbox Game Studios, available with Xbox Game Pass on day one of its release for Xbox Series X|S! From light planes to wide-body jets, fly highly-detailed and accurate aircraft in the next generation of Microsoft Flight Simulator on Xbox Series X|S. Test your piloting skills against the challenges of real-time atmospheric simulation and live weather in a dynamic and living world. The sky is calling!

Available with Xbox Game Pass on day one, The Ascent is a solo and co-op action-shooter RPG set in a cyberpunk world. The mega corporation that owns you and everyone, The Ascent Group, has just collapsed. Can you survive without it?

An intense, high speed ball game with unique characters, outta sight sounds, and none of that weak stuff. In Shine City, the anti-gravity ball game has long been illegal. The group who kept playing was dubbed the Lethal League. Even now, with their sport pushed underground, players and crews compete for challenge and respect.

Available with Xbox Game Pass on day one! A single-player journey of discovery through an ancient world of wonders, created by solo developer Jonas Manke. Full of puzzles, secrets, and obstacles to overcome, where the power of a lost civilization will carry you through forests, deserts, and tundra – even to the clouds.

In an immersive flight experience, you’ll dogfight, strike, and fly your way to conquering the skies. Strap yourself into the cockpit of over 20 unique aircraft and become a true ace in Project Wingman.