As part of the company’s Xbox Everywhere initiative, Microsoft will be releasing an Xbox Cloud Gaming streaming stick, as well as an Xbox game-streaming app for Samsung smart TVs within the next year, VentureBeat is reporting. 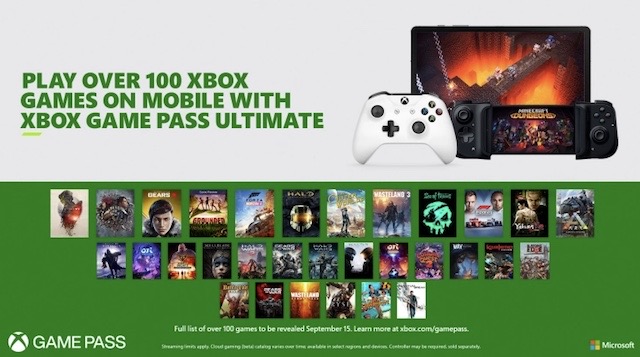 Microsoft already allows Xbox Game Pass subscribers to stream games from the cloud to their smartphones and PCs, but now, it is planning to expand this access “through your family room television,” said sources familiar with the company’s plans.

The Xbox streaming device will reportedly look similar to an Amazon stick or maybe a Roku-like puck.

Like a Roku, the Xbox streaming device will enable you to access movie and TV services in addition to a library of games through Xbox Game Pass Ultimate.

If you already have a Samsung smart TV, though, you can maybe skip a separate device entirely. Microsoft is working closely with its partners at Samsung to develop an Xbox game-streaming app for that company’s televisions. That, too, should debut within the next 12 months.

Last week, Microsoft announced a partnership with Epic Games to bring Fortnite back on iPhones and iPads through its Xbox Cloud Gaming service.