In a new video clip shared by Xiaomi’s senior vice president Wang Xiang on his official Twitter account, the company’s president and co-founder Bin Lin has teased a special double-folding smartphone, featuring two folds that divide it into three panels (via TechCrunch). 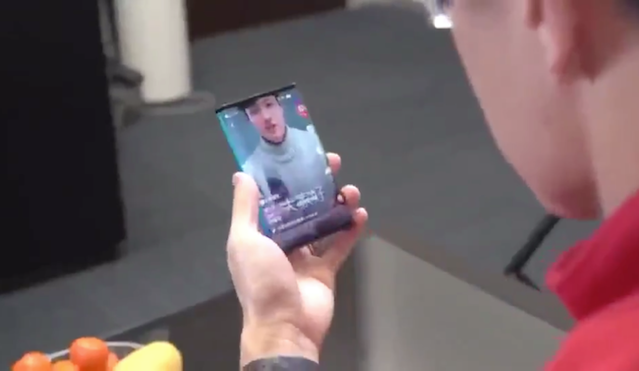 “It is the world’s first ever double folding phone”, claimed the Chinese manufacturer who has become the latest company to show off a folding smartphone. The video shows Bin holding a tablet-sized touchscreen which he transforms into a smartphone by folding two panels of the screen, one at each side, back behind the tablet.

Excited to share this video of a special Xiaomi smartphone from our President and Co-founder Bin Lin. It is the world’s first ever double folding phone — that’s pretty cool, isn’t it? #xiaomi #foldingphone #technology pic.twitter.com/iBj0n3vIbW

According to a Xiaomi spokesperson, Bin is asking his followers for feedback on the prototype via his Weibo account, adding that the company is still weighing up whether to bring the folding phone to market. “If you like it, we will consider making a mass production machine in the future.”

“This symmetrical double-folded form perfectly combines the experience of the tablet and mobile phone, which is both practical and beautiful,” he writes [translated via Google Translate], saying building the prototype entailed “conquering a series of technical problems such as flexible folding screen technology, four-wheel drive folding shaft technology, flexible cover technology, and MIUI adaptation.”

Are you guys feeling the twin-folding smartphone? Let us know your thoughts in the comments section below.