Last month, Xiaomi unveiled its all new Mi 4 smartphone, that looked pretty much like the iPhone 5/5s and now, it has unveiled ‘MIUI 6’, the latest version of its mobile OS, that features iOS 7-like flat icons and gradient rainbow colours. According to TechCrunch however, the operating system’s Android UI won’t help the manufacturer ward off accusations about copying hardware and software designs from Apple.

“MIUI 6’s design resemblance to iOS 7 goes beyond its icons. Pre-loaded utility apps, including its calendar, compass, and calculator, all look very similar to Apple’s. Despite MIUI 6’s resemblance to iOS 7, it’s important to note that the new MIUI still retains many of the same elements it had before iOS received its makeover. One of Xiaomi’s key selling points for MIUI 6 is that it offers better security than its previous operating systems.”

Xiaomi’s website highlights that MIUI 6 users don’t have to install additional security tools, because its “built-in Permission feature” prevents unauthorized apps from accessing your smartphone’s data without permission, while its Virus Scan will get rid of viruses before apps are installed.

Last month, the company reported that it had sold 26.11 million handsets in the first half of 2014, as it surpassed Samsung to become the top smartphone vendor in China. 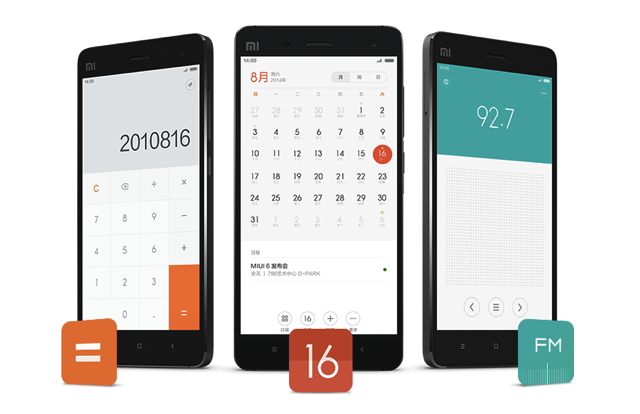 Cloudflare today announced Zero Trust SIM, a security eSIM designed to provide phone-level protection and data privacy to smartphone users, corporations looking to secure their employees' phones, and carriers selling data services. Zero Trust SIM secures all data packets sent by a smartphone and is locked to the device it is assigned to as a...
Nehal Malik
36 mins ago