Xiaomi is Now the World’s No.1 Wearables Vendor

With global wearables shipments reaching 22 million units in the second quarter of 2017, Xiaomi has overtaken Fitbit and Apple to became the world’s largest wearables vendor for the first time ever, with 17% marketshare. According to Strategy Analytics, strong demand for low-cost fitnessbands in China and premium smartwatches across the United States “drove the uptick”. 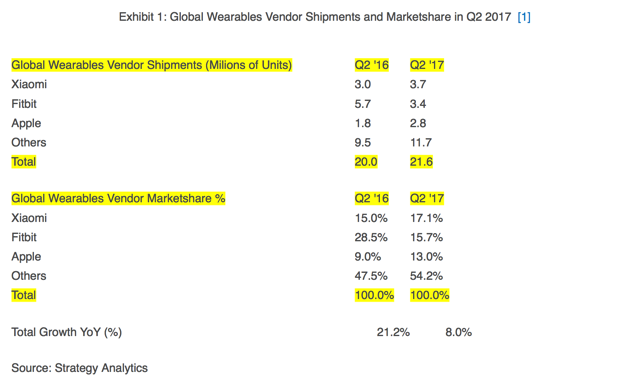 Neil Mawston, Executive Director at Strategy Analytics, said, “Fitbit is at risk of being trapped in a pincer movement between the low-end fitnessbands sold by Xiaomi and the fitness-led, high-end smartwatches sold by Apple.

Apple has for now lost its wearables leadership to Xiaomi, due to a lack of presence in the sizeable fitnessband subcategory. However, the rumored upcoming Watch Series 3 launch with enhanced health tracking could prove to be a popular smartwatch model and enable Apple to reclaim the top wearables spot later this year.”

Journie rewards members in B.C. and Alberta can now get free electric vehicle charging for a limited time at On the Run convenience store locations, reports Tesla North. To get free EV charging, all you need to do is download the Journie mobile app for iPhone or Android, sign up and you’ll be able to get...
Usman Qureshi
26 mins ago