If you’re anything like me, you use different browsers across multiple computers and even possibly mobile devices. With this scenario, keeping your bookmarks in order becomes a real task. Sure, you can use the free Firefox, Chrome and IE bookmark sync tools but what if you use Safari on your iPhone, Firefox or Chrome at home and IE at work? (I know, who uses IE but in some corporate environments, it’s not always an option NOT to use it.) That’s where Xmarks was a godsend. Until now. 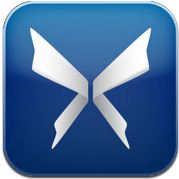 On Sunday, the good folks over at Xmarks (formerly known as Foxmarks) posted a blog entry announcing that after nearly five years they were shutting down the popular service. The post goes over the history of their endeavour in great detail and ultimately the reason behind most business venture collapses; money.

They tried to utilize the massive database of bookmarks that their users have accumulated, backuped and syncronizedÂ over the years (to the tune of over 1 billion as of today) and monetize it. The plan was to create a search engine based on all those bookmarks but that couldn’t hold a candle to the Google behemoth. Then they tried an add-in that would include a bookmark rank beside Google results based on their users with an upsell to advertisers that would mark their ad. There was some interest but the millions of Xmarks users was too small for advertisers. Eventually, money became too big an issue to continue and although some potential buyers seemed poised to take over, that failed to materialize. So, on January 10, 2011, Xmarks will be no more.

This will be a big hit for me but what about you? Do you use Xmarks to sync your iPhone bookmarks across devices/computers/browsers?