Yahoo has updated its Yahoo Finance app for iOS, which brings an entirely new design that allows users to easily follow the stocks and companies you care about the most.

At the centre of the Yahoo Finance app are the companies and stocks you care about – whether it’s breaking news and information, beautiful interactive charts or price changes, you can easily follow any company to get personalized information and stay up to date on changes. 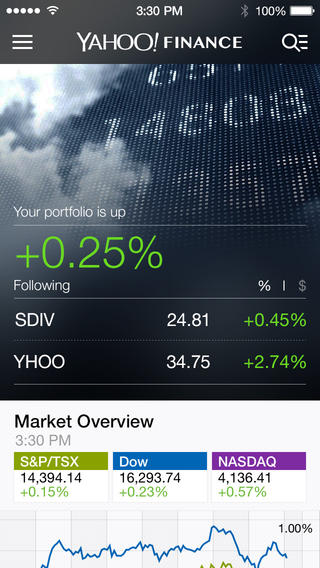 In an email from Yahoo, the company confirmed that the latest update is a localized update for Canadians, meaning that it will pull in the most relevant content to readers in their area. As an example, when you first launch the app you will notice that it asks you to follow prominent Canadian companies.

Yahoo Finance includes completely redesigned interactive stock charts to track historical changes, and easily compare performance to identify trends. It’s now easier than ever to visualize company and market data by swiping, pinching and panning across the chart. You can also compare any stock, market or index to see related price changes. 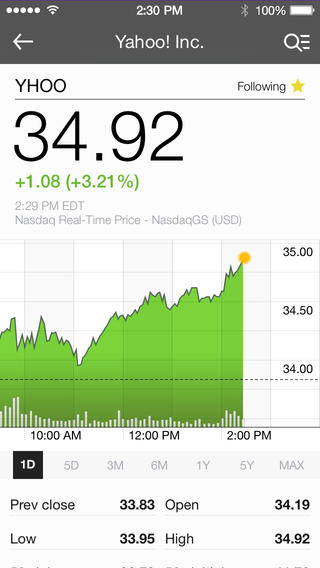 In addition to the updates mentioned above, the app now supports videos and four new languages including Spanish, French, German, and Italian.

Yahoo Finance is available as a free download from the App Store.