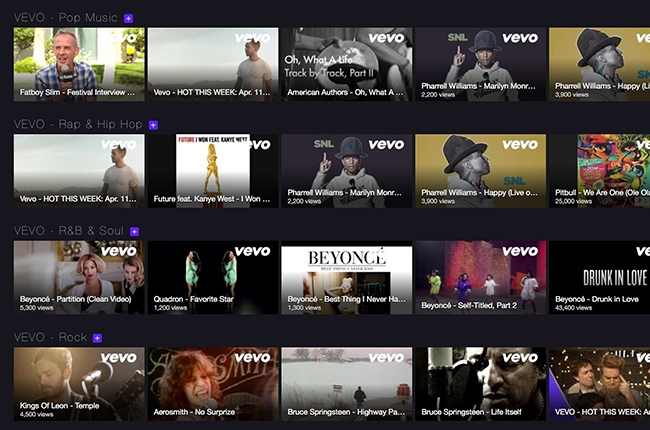 Currently, content is available in Canada and the U.S. from desktop computers and will open into a few countries in Europe, including Germany, France, Italy, Spain, and the U.K. within the coming weeks.

The company confirmed a mobile app for iOS and Android will be coming soon. In a statement, Vevo CEO Rio Caraeff said:

“Our renewed partnership with Yahoo will bring Vevo’s programming to more music fans than ever before. Yahoo has the potential to be one of our largest partners and our launch across Yahoo Screen and, soon in more countries and on more platforms, is a big win for viewers who want to watch their favorite music video programming anytime and anywhere.”

The content deal was originally announced in November, and said that Vevo will provide access to over 75,000 HD music videos for Yahoo Screen, Yahoo Celebrity and other Yahoo properties. Originally the announcement only included the U.K., but has since been expanded to many more countries.