Some people are taking “gotta catch ‘em all” a bit too seriously. York Regional Police have released a video detailing their chopper following a car driving “erratically”—turns out, the driver was playing Pokemon GO. 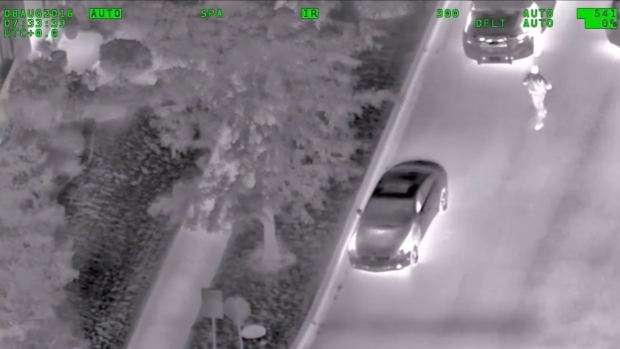 The aerial footage was recorded early Monday morning, as a Mercedes was reported to be “driving suspiciously” around Keele Street and Teston Road in Vaugh, after 3:20AM.

The police chopper followed the driver, who stopped in a parking lot, then parked in a residential neighbourhood, while making “suspicious turns” in the middle of the road, before being pulled over by police.

The driver was given a “stern warning” by police on distracted driving, but charges were not laid, as Const. Laura Nicolle told CBC News, “You have to have sufficient evidence to lay that charge and usually that involves actually being seen with the phone in your hand.”

Nicolle said if the situation had taken place during the day, instead of at night when nobody was around, the outcome may have been different.

York police published the video to YouTube in an effort to show “how bad the driving can be,” adding “We still felt it was worth putting this out just as an education piece. That particular person was fortunate that they got a warning and hopefully, learned from that.”

A recent update to Pokemon GO for iOS now warns drivers not to catch and drive, as a new pop-up forces trainers to confirm they are not driving in order to continue playing.