How to Enable New Yosemite Features on Older Macs

If you own an older Mac and have upgraded to OS X 10.10 Yosemite only to find out that you still don’t have access to cool new Continuity features such as AirDrop Handoff and Instant Hotspot, ZDNet reports that with minor hardware upgrading and a free software patch, you can easily activate these features on your existing Mac without spending a lot of money. 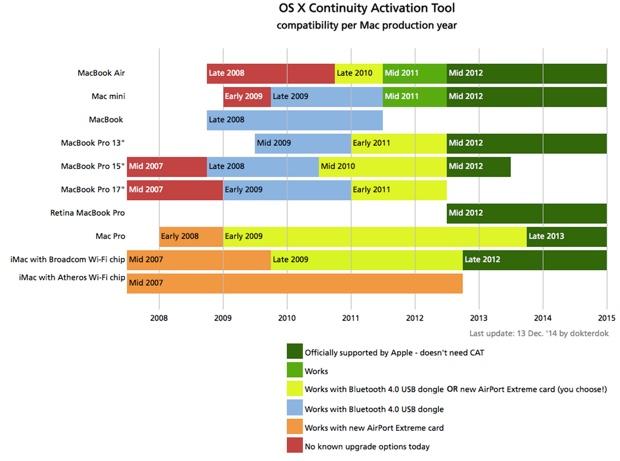 Users who own a 2011 MacBook Air or a Mac mini, might be able to activate Continuity with no hardware upgrades required. Other users however may need a Bluetooth 4.0 USB dongle or new AirPort Extreme card of new features to work properly.