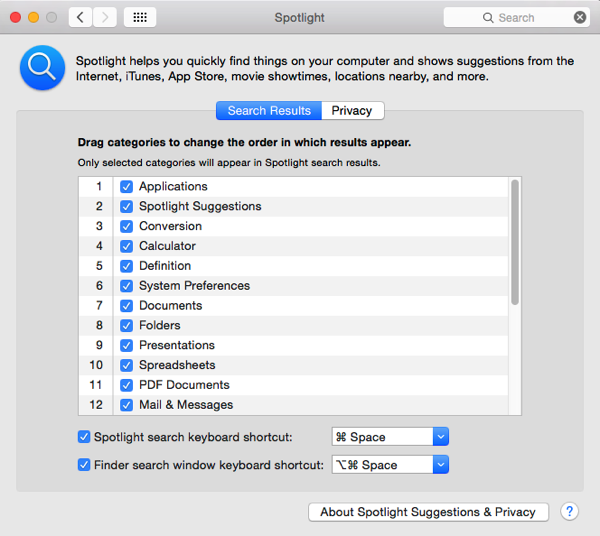 Mac OS 10.10 Yosemite finally landed last Thursday featuring the powerful Spotlight Suggestions. The new operating system and the new feature(s) include a new privacy policy warning users that search terms are collected by Apple in order to provide results “more relevant to you”, as the new Spotlight now looks for information on the Internet with the help of Bing, just as search engines such as Google already do. The problem, however, is that with the new Spotlight, Apple has begun automatically collecting users’ location information, which has raised a red flag for privacy advocates.

Apple has responded to the Washington Post’s allegation through a statement sent to iMore detailing the company’s practices when collecting the aforementioned location information:

“We are absolutely committed to protecting our users’ privacy and have built privacy right into our products,” Apple told iMore. “For Spotlight Suggestions we minimize the amount of information sent to Apple. Apple doesn’t retain IP addresses from users’ devices. Spotlight blurs the location on the device so it never sends an exact location to Apple. Spotlight doesn’t use a persistent identifier, so a user’s search history can’t be created by Apple or anyone else. Apple devices only use a temporary anonymous session ID for a 15-minute period before the ID is discarded.

“We also worked closely with Microsoft to protect our users’ privacy. Apple forwards only commonly searched terms and only city-level location information to Bing. Microsoft does not store search queries or receive users’ IP addresses.

“You can also easily opt out of Spotlight Suggestions, Bing or Location Services for Spotlight.”

So, if you are worried about the data leaving your computer, you can simply lock it down by going to System Preferences >> Spotlight, and unchecking “Spotlight Suggestions” and “Bing Searches”.